Oskar Blues, makers of Dale’s Pale Ale and other canned beers, has announced acquisition of the Perrin Brewing Co. of Comstock Park, Michigan (near Grand Rapids). MLive is reporting the deal, and that as part of it, Keith Klopcic, who formerly worked with nearby West Side Beer Distributing, becomes the new president at Perrin Brewing Co., replacing founder and former brewery head Randy Perrin. According to the article, “financial terms of the deal were not disclosed.” I love this quote: “Other than that, it’s the same company,” said Klopcic. “Nothing changes.” Not to second guess the deal, especially since I don’t personally know the parties involved (apart from Dale Katechis from Oskar Blues), but saying nothing changes when a brewery head and (I presume) a founder leaves a company when it’s sold doesn’t strike me as a particularly honest assessment.

Dan Perrin and Jarred Sper will continue running the brewery alongside production manager and head brewer John Stewart and his team. Sper, who will be vice president of sales and marketing at Oskar Blues-owned Perrin, said the brewery is very excited by the acquisition deal.

According to MLive, here’s what Dale had to say:

“We at Oskar Blues love the Michigan craft beer scene and what the guys at Perrin are doing,” Katechis said. “We feel that Perrin and Oskar Blues have the same mindset toward the craft industry and this partnership will allow us to share information and innovative ideas with one another.”

In December, the breweries teamed up on a lager called “Cornlaboration” that was sold only in Michigan, a state in which Oskar Blues began distributing in 2013.

Until Oskar Blues’ canned beer sales outstripped their original brewpub, they were considered one of the country’s largest brewpubs, so it’s interesting to see them reach a point where they’re acquiring additional brands and another brewery. 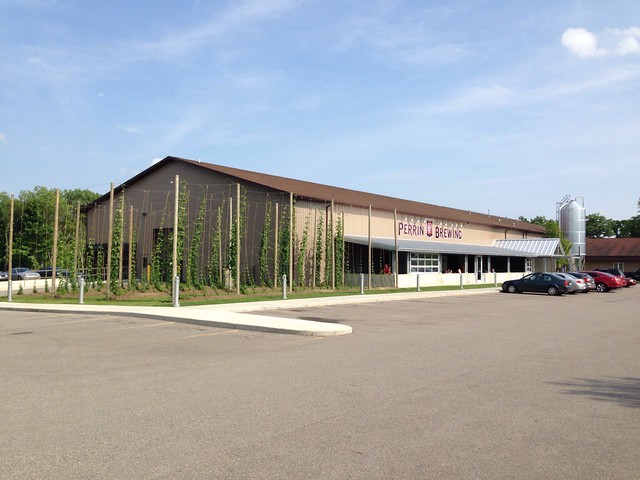