My friend, Stan, over at Beer Therapy already mentioned this New York Times article yesterday, but I wanted to add my two cents, though knowing me it will be more like three or four cents.

The Times’ piece is about a recent M.I.T. graduate student’s paper “Try It, You’ll Like It: The Influence of Expectation, Consumption and Revelation on Preferences for Beer,” which will be published in this month’s Psychological Sciences, a scientific journal of the Association for Psychological Science. Leonard Lee, who has now received his PhD and is teaching at Columbia, along with research assistants Shane Frederick and Dan Ariely, conducted experiments in which they sought to discover whether tasting beer blind or knowing something about the beer changes people’s perceptions of it.

From the Times article:

[The researchers] found that they could change beer drinkers’ taste preferences by telling them about a secret ingredient in a beer before they drank it.

In previous studies, psychologists had found that putting brand labels on containers of beer, soft drinks and other products tended to enhance people’s subjective ratings of quality. But the new experiment demonstrates that this preference involves more than simple brand loyalty. It changes the experience of taste itself.

“It’s a clean demonstration that what we think is going into our mouth actually changes what we taste, down to the level of the taste buds themselves,” said Michael Norton, an assistant professor of business administration in the marketing department of the Harvard Business School who did not take part in the research.

To which my initial reaction is simply, “duh!” Having been tasting beer both openly and blind for many years, it’s only too obvious that knowing what the beer is or even knowing something about it changes your reaction to it. Not to throw vinegar in this “research,” but did they expect a different result than what experience and indeed common sense would have predicted? I say vinegar, because that’s what the researchers used when giving subjects two beers, one normal and one laced with a small amount of balsamic vinegar. When tasters didn’t know which one had the vinegar, 60% chose the modified beer as their favorite. But when they were told in advance which one had vinegar in it, that number dropped almost in half, to around 33%.

Dr. Lee said that the study showed that the experience of taste involved not only the sensation of a blend of ingredients, but also the “top-down” influence of expectations. Previous research with brain imaging had shown that expectations could change the trace of activity of people’s brains when tasting drinks.

Having experienced this phenomenon first-hand both in myself and others, it just seems incredibly self-evident. I would have been truly shocked to learn the opposite was true, because who wouldn’t think that objectivity is compromised or at least altered by knowing something about what we’re tasting? Why do you think we evaluate beer by tasting it blind, for chrissakes? For competitions in which beer is critically judged, it is always, always, always done blind precisely in an effort to remove as much prejudice from the process as possible, so I don’t see what this study is telling us that we don’t already know. And not just kind of, sort of know, but for which we have centuries of experience so that we really know. This knowledge forms the basis for how we judge beer and indeed probably how everything involving the ephemeral qualities of taste is judged in an effort to be as objective as humanly possible.

So maybe I’m being my usual curmudgeonly self here, but despite Dr. Lee’s protestations to the contrary, it seems to me he did get M.I.T. to foot his bar bill. I don’t see how his findings tell us anything new. I know it made the papers because it’s unusual for beer to be the subject of “serious” research at any level. If this same study had been done using juice or water or almost anything non-alcoholic we would likely never have heard about it. There are fifteen articles in the same issue of the Psychological Sciences Journal, yet this is the only one meriting a mention in the New York Times. Why didn’t “Sex Differences in Intellectual Performance: Analysis of a Large Cohort of Competitive Chess Players” or “The Neglect of Musicians: Line Bisection Reveals an Opposite Bias” get any ink? They both sound interesting to me.

But, okay, I’ll climb down off of my tall equestrian mount. While I’m certainly glad to keep seeing more and more attention paid to beer by the media these days, I continue to be cynical and more than a little suspicious of the motives for its content. Maybe it’s me who needs the psychological evaluation? What do you think? 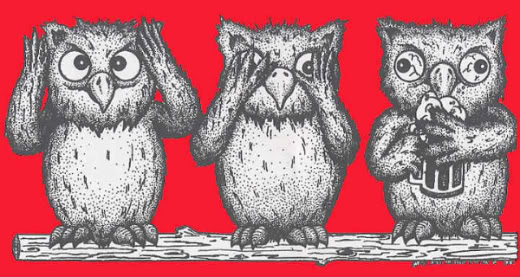