The 9th annual IPA Festival was August 12 at the Bistro in Hayward, California. It was another fun time with many excellent India Pale Ales to choose from. Judging was great fun though the final four led to much heated debate in trying to determine the final rankings. 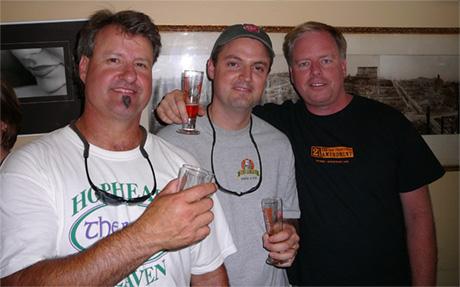 Vic Kralj, co-owner of the Bistro, with Vinnie Cilurzo of Russian River and Shaun O’Sullivan of 21st Amendment. 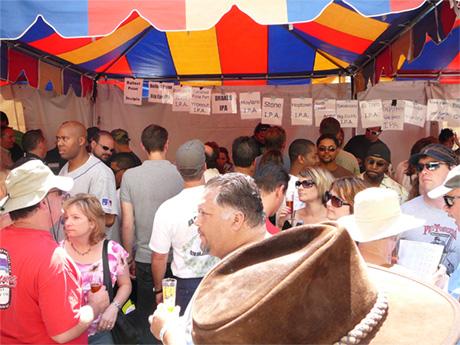 Out back at the IPA festival. 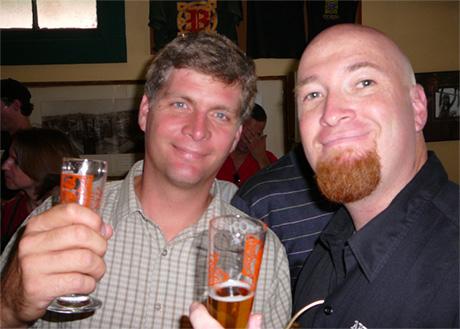 Matt Salie with Big Sky and Dave Hopgood with Stone. 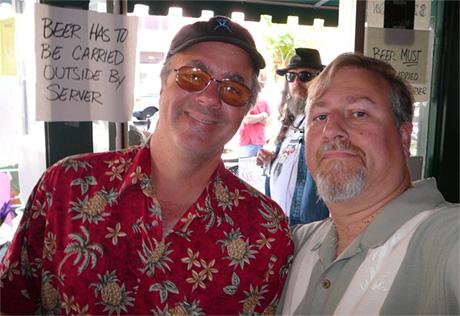 Tony Magee, owner of Lagunitas, with me. 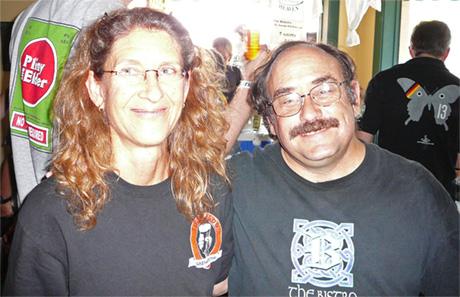 Darnell and Paul Marshall, who headed up the festival beer judging.

Shaun and Vinnie with Brian Hunt from Moonlight. 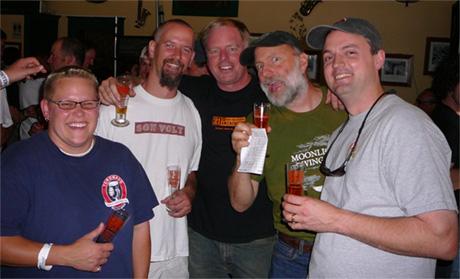 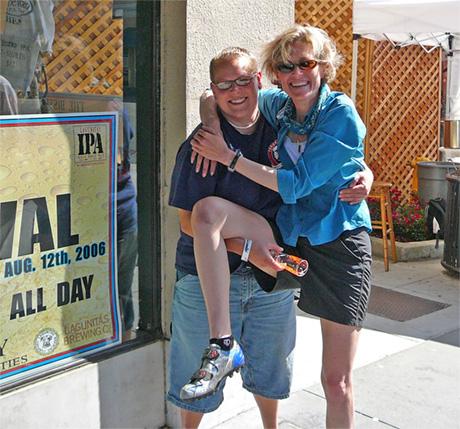 Angie Wagner, Celebrator writer, shows off her cycling leg with the help of Melissa Myers out in front of the Bistro.

Vic and Cynthia, Bistro owners (at left), pose with many of the brewers and beer people at their 9th annual IPA festival.