The pilsner style, with it’s brilliant golden color, was first brewed in the Bohemian town of Plzen in 1842. Pilsner Urquell started a revolution in brewing and it became the most widely copied type of beer, quickly transforming it into the most popular beer style in the world.

After over 170 years making just one beer, Plzeňský Prazdroj decided it was time to do something different and today are launching PilsNOIR Urquell, a totally new black pilsner. Made with the same Moravian barley and their signature Czech Saaz hops along with the naturally soft local water that’s made Pilsner Urquell to make one of the finest beers in the world, it’s sure to start another revolution. 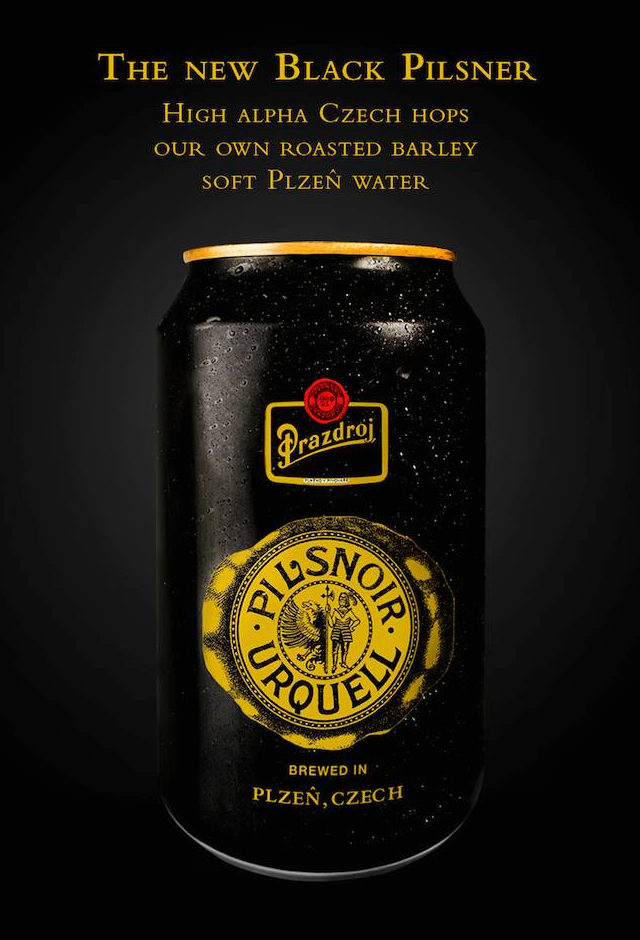 Just kidding. Mark Dredge, who’s been doing some work for Pilsner Urquell in England, sent me this mock-up spoof the brewery created just to have a little fun. No matter which beer you choose to drink today, remember to have yourself a little fun. The real copy should read:

“We’ve been making the same beer in the same way for 172 years. Why change now. Even on April Fools Day.”