This is now our 17th Session, and the topic is another thoughtful one, albeit a little rebellious. Our host, Rob DeNunzio, from Pfifft, titled the Session theme Going Against the Grain Bill. In his announcement, Rob described what he means thusly.

Drinking anti-seasonally. Think of this as the unorthodox cousin of such topics as “beer and food” and “beer and music”. Beer and weather, perhaps? More like beer despite the weather, I guess. Cracking open a Guinness on the beach, finishing a day of yardwork with a Speedway Stout, or whatever else you do that raises an eyebrow, do us all a favor an take a few moments to share your non-conformist tale.

Hmm, seasons out of time. Beers out of season. How often do I drink a beer better, or at least traditionally thought to be better, suited to a particular season? All the time. When I reflect on my own drinking patterns, I discover that I give almost no thought to seasonality.

Beer followed the seasons out of necessity for centuries, perhaps millennia, prior to the age of refrigeration and air conditioning. Because it was difficult — or in some cases impossible — to get cool enough temperatures during certain warmer times of the year to brew. So brewing cycles evolved to follow rising and falling temperatures throughout the year and became traditions. As a result, various beers became available only at specific times of the year. These were in effect the first seasonal beers, driven not by marketing, but by the limitations of technology. But this was obviously not a bad thing. Anticipation created excitement and celebrations were held to mark the return of these beers throughout the year. The beers themselves were also well-suited for their time of the season, with heavier stronger beers to warm those hearty cockles and lighter ones to beat the heat of a sweltering summer.

Over a century ago, in 1859 to be exact, refrigeration was invented, and by 1876 the relatively portable refrigerator was created by a German inventor, Carl Paul Gottfried von Linde. He received a U.S. patent for his process on May 12, 1903. But earlier than that, brewers were trying to figure out how to apply the scientific learning commercially to keep their breweries cooler. In 1856, for example, “James Harrison was commissioned by a brewery to build a machine that cooled beer.” That brewers were so far ahead of the technology and in fact were instrumental in providing motivation to solve the cooling problem illustrates just how important they thought it was to the modernization of brewing techniques.

But even after the problem was largely solved, the traditions held sway for decades. Even today, there are many beers which are released only seasonally. Usually this is for marketing reasons rather than technological ones. With only one exception I can think of — fresh hop beers — every known beer style can be brewed year-round. For example, some breweries release a marzen (a.k.a. Oktoberfest) beer in the fall while many others make the style throughout the year.

Christmas or holiday beer, to take another example, are often styles suited to winter but there is no reason they could not be made at any other time of the year. Holiday beers are an interesting example of marketing in modern times. There have been, of course, beers released to celebrate the holidays nearly as long as there have been breweries. But the modern era of Christmas beers undoubtedly begins — as so many new beers inevitably do — with Anchor Brewing. Their Christmas Ale, Our Special Ale, was first released in 1975. As recently as 10-15 years ago, what breweries there were who then made a holiday beer called it a Christmas beer, but a curious thing began happening.

With the exception of Anchor’s Christmas Ale, along with Sierra Nevada’s Celebration and Noche Buena (which Modelo has since stopped importing), holiday beers with the word “Christmas” on the label would literally stop selling on December 26. Like fireworks on July 5 or Halloween candy on the first of November, fickle consumers would shun these beers like they’d suddenly become poisonous. So many breweries removed the word “Christmas” and started referring to them as “holiday” beers or even “winter seasonals” in order to extend their shelf life. And remarkably, it worked. After that, many savvy breweries began having a year-round seasonal program with four or six seasonals — one after the other — such that there was always at least one seasonal beer at any given time. The seasonal segment, as tracked by IRI and Nielsen is now the number one category, even in grocery stores.

But that’s seasonal beers, what about anti-seasonal. At the same time seasonal beers are on the rise, for every seasonal release you could probably find dozens of examples of that same style available from other breweries all year long. So the reality of seasonality is that it’s largely market-driven, any bows to tradition are now mostly coincidental or at best a convenient story to sell the beer. With the original reason that created the traditions of certain beers at specific times of the year gone for a century or more, only the romance of those bygone days remain.

We live in a time when seasonality has lost its meaning, and not just with respect to beer. Any fruit, regardless of its growing season is available at the average supermarket, flown from around the world so that our every whim not go unfulfilled. Let no sales opportunity go to waste. Convenience is king. As consumers we believe that whatever we want should be available whenever we want it, because that’s the bill of goods we’ve been sold. Remember those bothersome watermelon seeds. Gone. Strawberries in the winter? Thank you Guatemala. We don’t like to wait for anything anymore. And usually we don’t have to, because there’s someone willing to sell us whatever we fancy, regardless of the season.

Philosophically, I may not like this fact, but I’m as guilty as anyone. Pandora’s box is wide open and hope is cowering in the corner hoping greed doesn’t beat her to a bloody pulp again. I drink whatever I want, whenever I want. And thanks to air-conditioning, fans and refrigeration, that means any beer, any time. I rarely even think about seasonality when I choose a beer. I rarely even consider the weather, because unless I’m in the woods camping, I can control my environment, at least to some degree. 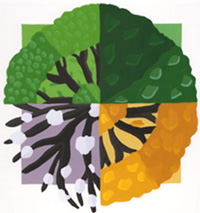 The only factors I use are mood, food and ‘tude. Food is obvious, I’ll select a beer I think will go with what I’m eating, regardless of the season. If an imperial stout works, so be it. That leaves mood and attitude. They’re similar states, but different in a crucial way. My mood is how I’m feeling at a particular moment in time, whereas my attitude is how I feel toward the people around me, where I’m at, what I’m doing, etc. Mood is inward, attitude is outward.

But put a gun to my head, and the beers I’ll choose time and time again, regardless of the weather, are the complex ones: barley wines, sour beers, saisons and biere de gardes. I’m usually keen to try anything preceded by the designation “Imperial.” But I also love a delicate Mild or a refreshing Dunkelweiss. I like a good unfiltered Zwickel anything, but especially pilsners. The point is, I think, that without realizing it, I haven’t been drinking seasonally for a long time, if indeed I ever did. Do any of us, I wonder? Certainly I’m pleased when new seasonal releases arrive on my doorstep, but mostly because I’m always keen to try something new or different.

Clearly — as usual — my finger is nowhere near the pulse of America. Because lighter beers definitely do experience spikes in sales during the summer and darker, stronger beers sell better in cooler weather. But most sell well enough at all the other times of the year to justify them being on stores shelves year-round. So perhaps it’s simply driven by the bigger beer companies and retailers who create endless promotions based on holidays, backyard barbecues and what they believe people want. Consumers, of course, do react to products on sale, on endcaps or as a part of specific promotions and thus buy those beers at the times of year that they’re offered to them, perhaps putting no more thought into it than I do. Could seasonality be simply a self-fulfilling prophecy perpetuated by marketing? It seems likely, at a minimum. Because for everyone I know who chooses their beer carefully, weather is only occasionally a factor. Only when we can’t control it — at the beach, on the golf course, camping, places like that — are beers chosen because of the prevailing weather. And notice those are specific places, suggesting that may be the more important factor than weather or seasonality. Even as I sit here typing this, I’ve got a nice glass of Anchor Porter next to me, even though the thermometer is tipping 90°. I peered inside the refrigerator, and pulled it out without a moment’s hesitation. It just looked tasty. And so it is.