Today in 1956, the Sudan gained their Independence from the United Kingdom. 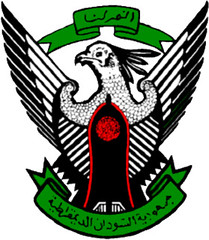 Prohibition: Sudan has banned all alcohol consumption and extends serious penalties to offenders pursuant to President Omar al-Bashir’s policy of enacting Shari`a as national law. Despite this, there exists a thriving trade in date brandy (called araqi in Sudanese Arabic) and other native alcoholic beverages; a black market in imported beverages, such as whisky, also thrives in the cities.