I just learned the sad news from my friend Pete Slosberg that brewmaster Pierre Celis passed away today, around 8:00 p.m. Belgian time. He was 86. A funeral is scheduled for next Saturday in Hoegaarden, after which, according to his wishes, he’ll be cremated.

Celis was a true brewing legend, he single-handedly revived the style witbier in the 1960s when he was a brewer at Hoegaarden. He later moved to Texas to start a microbrewery with his daughter Christine, which was sold to Miller in 1995. He was still brewing, making three cave-aged beers under the label Grottenbier at St. Bernardus in Belgium. Join me in raising a toast to Pierre’s memory this evening, with a Hoegaarden if you can get one, or if not a Belgian or Belgian-style witbier. Alan Eames, known to the beer world as “The Beer King” and “The Indiana Jones of Beer,” passed away Saturday, February 10. He was 59 years old. Eames was a cultural anthropologist, historian and writer by trade, and a tireless lecturer and advocate for beer. He will be deeply missed.

Here is a short biography of Alan Eames from Ohio Brew Week:

Dubbed the Indiana Jones of Beer and The Beer King by the world media, Vermont resident Alan Eames is an internationally recognized beer historian, author, consultant, and beer anthropologist.

Mr. Eames is author of A Beer Drinker’s Companion, Blood, Sweat and Beers, and The Oldenburg Beer Drinkers Bible. Eames has written about beer for a variety of publications, including All About Beer Magazine, Americas, Consumer Digest, Top Shelf; The Malt Advocate, Beer: The Magazine, Popular Science, and The New York Times Sunday Magazine. Eames provided entries spanning ancient times through the mid-19th century in his contributions to The Encyclopedia of Beer.

Mr. Eames was founding Director of the American Museum of Brewing History and Fine Arts in Ft. Mitchell, Kentucky. Speaking of the ancient and valuable role of beer in human societies, Mr. Eames has lectured throughout the United States at such institutions as The New England College of Medicine, The Culinary Institute of America, the Departments of Anthropology at Brown University, University of Georgia, and The United States Botanic Garden in Washington, D.C.

As a beer historian, Mr. Eames has appeared internationally before an audience of millions on radio, television, and in the press. A veteran of more than 14 appearances on National Public Radio throughout the United States, include All Things Considered, Weekend Edition, and the Splendid Table. Among mainstream television and talk shows, Eames’ work has been showcased in such primetime fare as NBC’s Today Show and Good Morning America. As a globetrotting beer anthropologist, Eames’ career was highlighted in Nippon Television’s documentary The World Beer Traveller, for Tokyo Television. Recently the Indiana Jones of Beer was the subject of a segment in Canada’s beery documentary FoodEssence. Mr. Eames may be currently seen on The History Channel’s MODERN MARVELS – BREWING. Mr. Eames has consulted on a variety of Hollywood feature films lending historical expertise to beer and barroom related scenes.

His most famous book was The Secret Life of Beer!: Exposed: Legends, Lore & Little-Known Facts 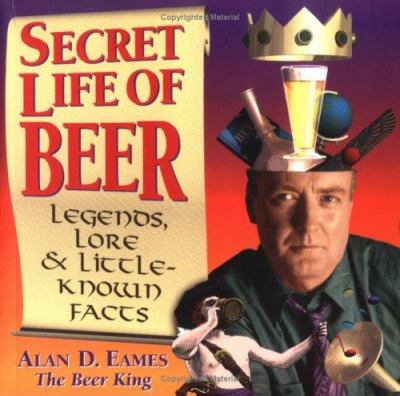 Beer has inspired, influenced, and excited human beings for thousands of years and Alan D. Eames, the certified “king of beer,” has traveled the world uncovering The Secret Life of Beer. In this book, he reveals untold stories, lore, and references to beer in poetry, song, literature, and history. Readers will be astonished to learn the esoteric facts Eames has discovered, such as that in most ancient cultures only women were allowed to brew, and for much of history beer was considered a nourishing alternative to drinking water!

From its origins among early civilizations to a hallowed place in the history of mankind, the art, the history, the culture, and the mystery of fermented beverages is the subject of historical fact, mythological speculation, and philosophical enquiry. The Secret Life of Beer! shares bits and pieces of this intriguing cultural history, along with quotes from such diverse beer drinkers as Nietzsche and Charles Darwin, in an inviting, highly browseable format.

Here is an interview of Eames by Robert Lauriston. And here’s an article from Yankee Brew News (1993) entitled Beer, Women, and History. 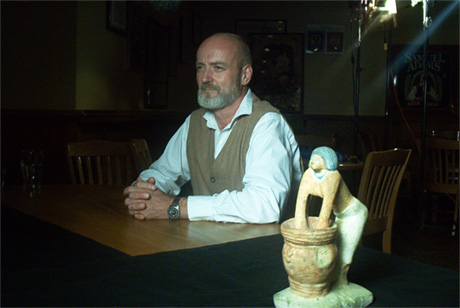