The Brewers Association just announced the top 50 craft breweries in the U.S. based on sales, by volume, for 2014, which is listed below here. For the seventh year, they’ve also released a list of the top 50 breweries, which includes all breweries. Here is this year’s craft brewery list: 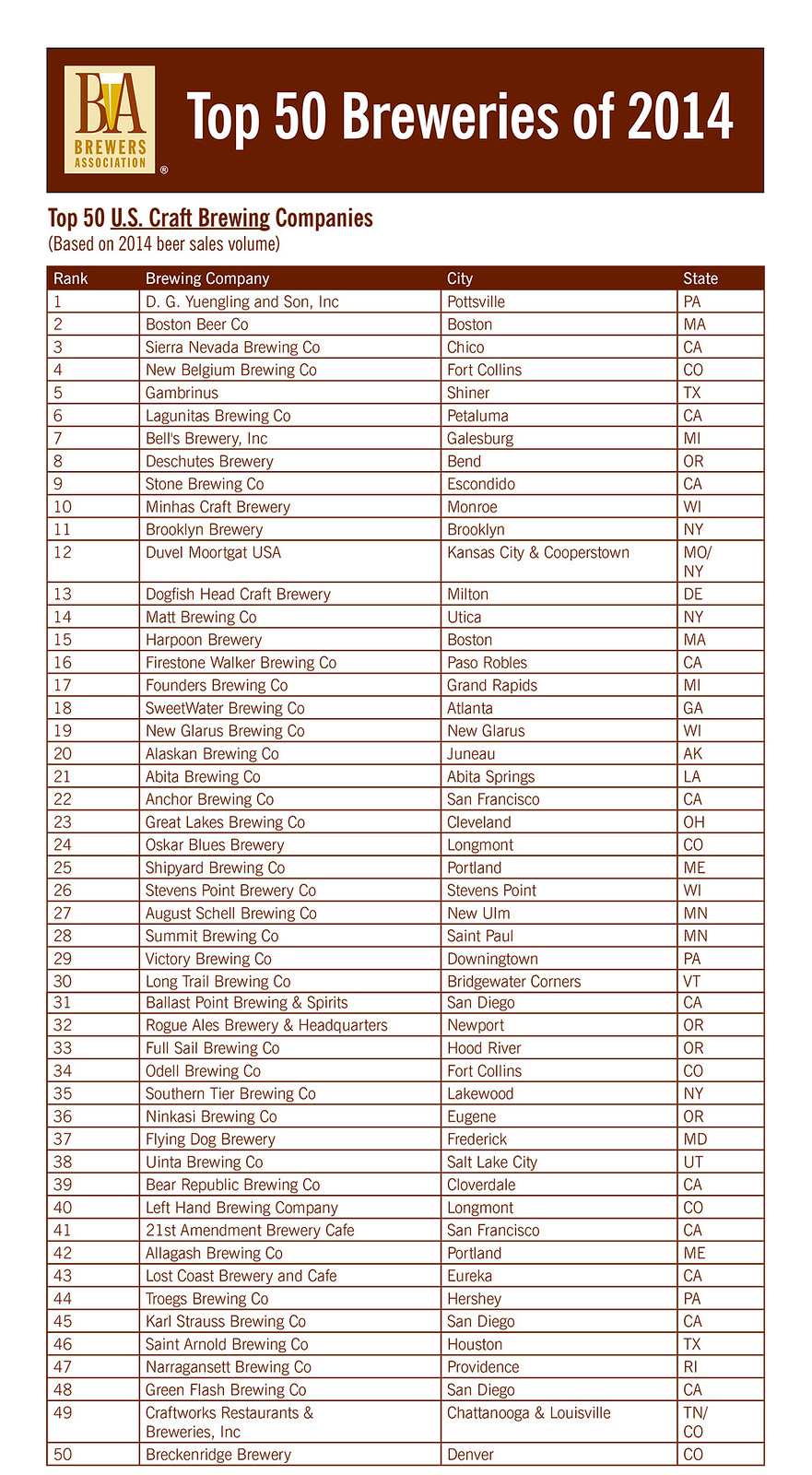 Seven breweries are new to this year’s Top 50 Craft Breweries list; Yuengling (due to a change in the definition), Breckenridge, Craftworks Restaurants & Breweries, Green Flash, Minhas Craft Brewery, Narragansett and Troeg’s. Here is this year’s press release. For the past seven years, I’ve also posted an annotated list, showing the changes in each brewery’s rank from year to year. Last year, the BA thoughtfully has already done that, saving me a lot of time and math, but they haven’t done it again this year, so I’ll have that again later today.