You are here: Home / Beers / Working For A Beer

In the Economist‘s Daily Chart, Thirsty Work, they detail the efforts of analysts at the Swiss Bank UBS to figure out how long the average German worker would have to work in order to buy him- or herself a half-litre of beer at Oktoberfest. They discovered that it would take “just under seven minutes of work.” But it’s not the same in every nation, as the chart below details. The avergae appears to be about 20 minutes of work for a beer, which doesn’t seem too bad. The worst place was India, where you’d have to work “nearly an hour” to make enough for a beer. The United States, I’m happy to say, is at the bottom, which is a good thing. It only takes us about 5 minutes to earn enough for a beer. Hell, I think I earned two beers just writing this post. 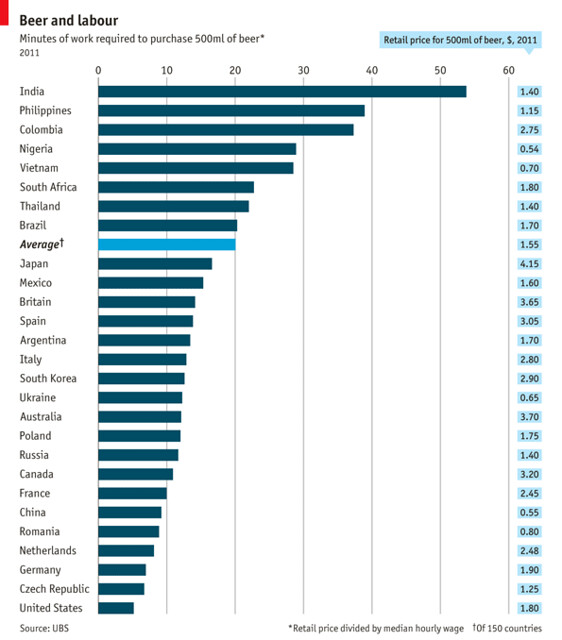