Monday’s ad is for Pabst Blue Ribbon, this one from 1913. It’s a fairly simple ad, with two men (possibly famous? – the one on the left looks a little familiar) clinking some pretty small glasses of beer. They look a lot like modern 4 oz. sample glasses. One thing I am curious about; what was it they were doing that they had to “come back to Pabst?” 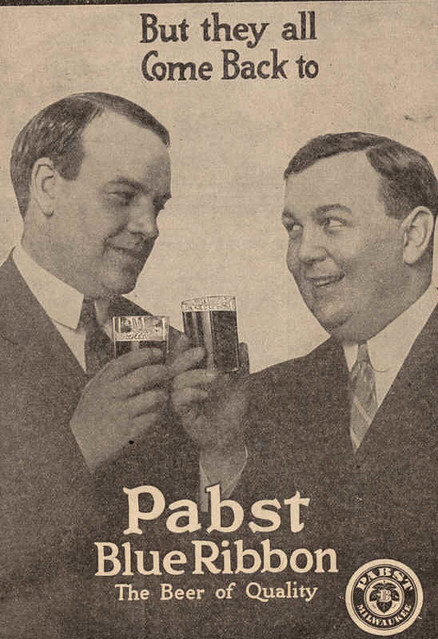 Today’s infographic graphs out the “the relative prevalence of the word for beer in the world’s ten most spoken languages (by # of native speakers). However, because of the fact that there were no points at which the number of references in the world’s sixth most-spoken language, Bengali, were greater than references to each of the other nine languages, we have excluded Bengali in this particular case. So while we’re sad to see Bengali left off the map, the fact that a language with 181 million native speakers has so few references to “beer” is telling of either vast inequalities in the way Bengalis are represented within the geoweb, or perhaps just their general distaste for beer.” The map was created by Floating Sheep, one of my favorite websites. 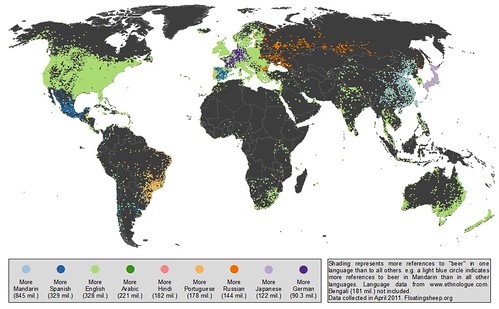 “Zooming in to Europe only further accentuates the relative dominance of English among these languages, with significant portions of Portugal, Spain, and Germany even showing more references to beer than in their native languages. Interesting, however, that much of France is a mixture of English and German references, even in the much more southern portions of the country.” 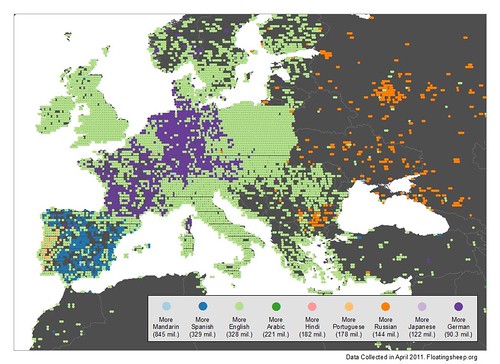