Tuesday’s ad is for “Hamm’s,” from the early 1900s. This ad was made for Hamm’s Brewing, which was founded in 1865 by Theodore Hamm in St. Paul, Minnesota. At its peak, it was the 5th largest brewery in America, and operated facilities in five cities, including San Francisco, L.A., Baltimore and Houston, in addition to the original brewery in Minnesota. This one features a a woman hoisting a glass of Hamm’s Bock while holding onto a stein with her other hand, with the tagline: “Hamm’s Preferred Stock Bottled Beer.” I’m not sure when this ad originally was created, though this is a reproduction poster from the mid-1970s. 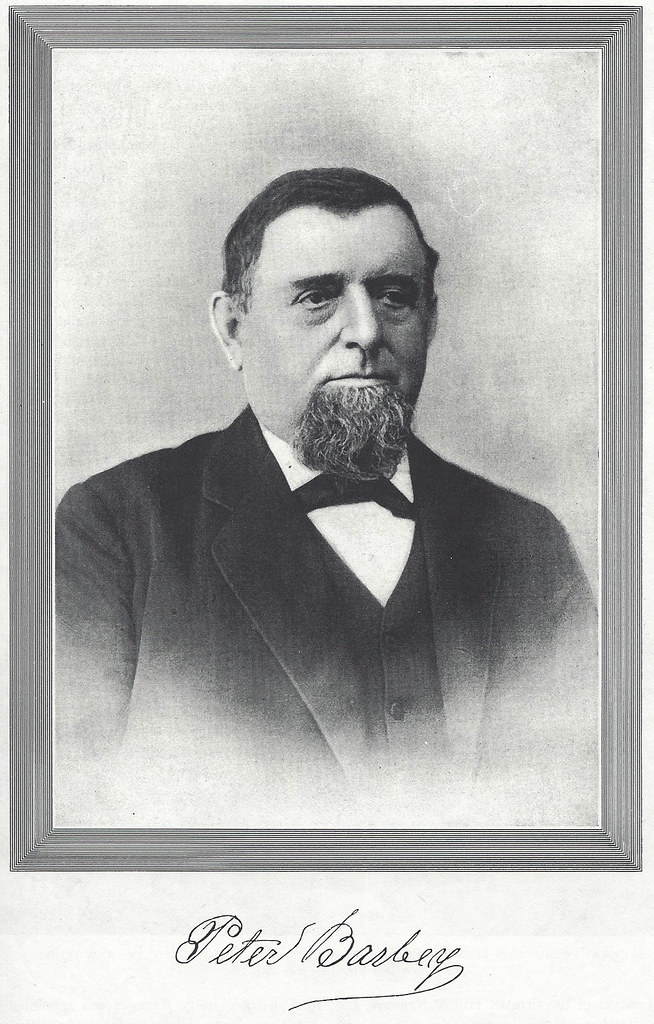 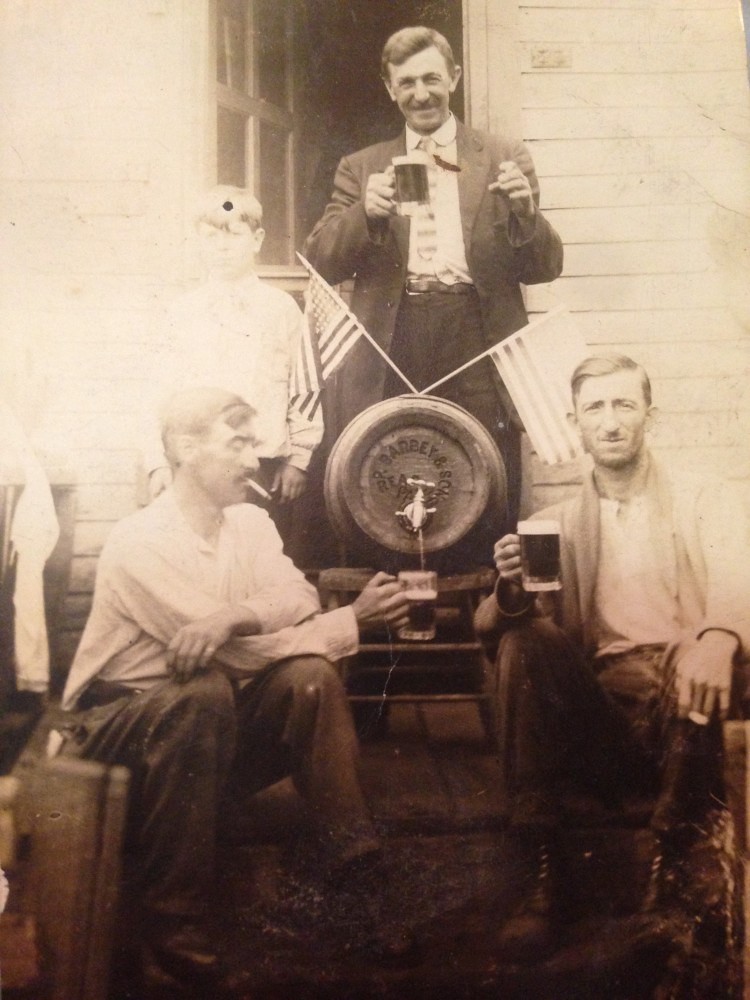 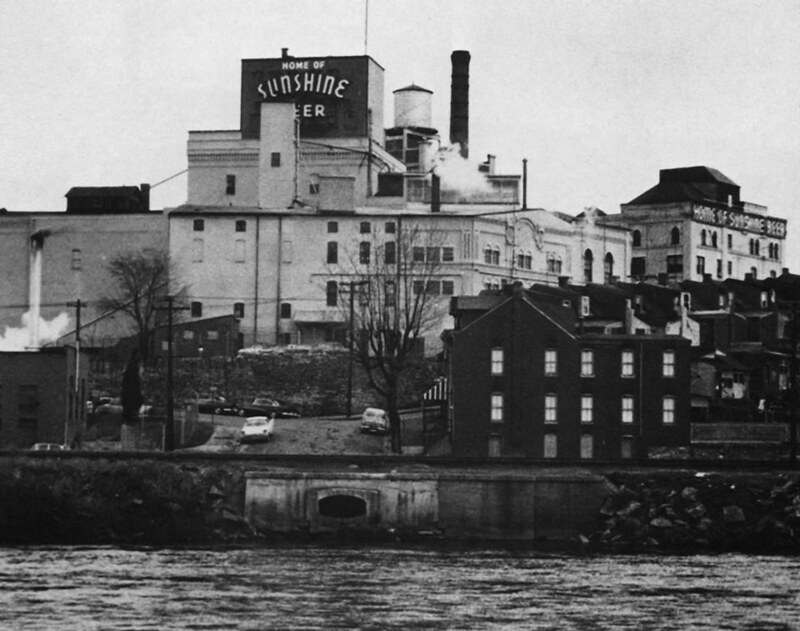 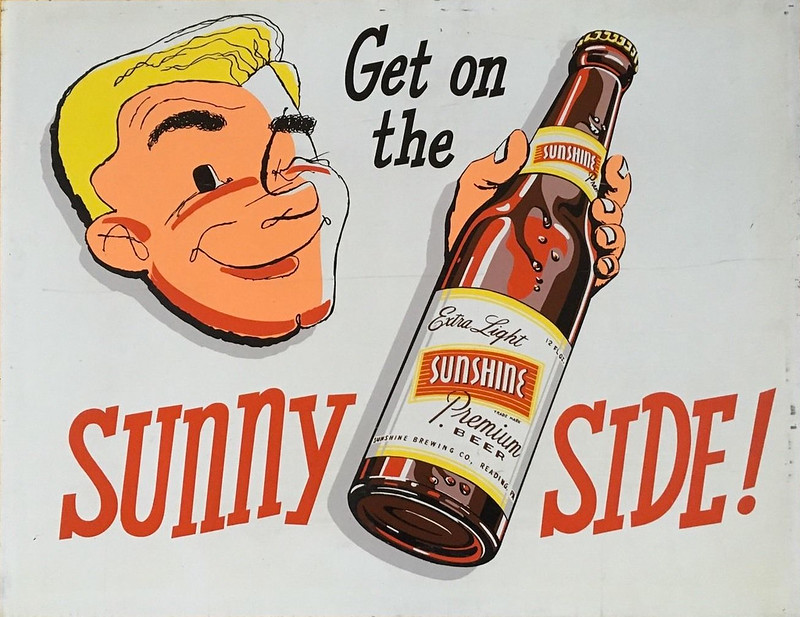 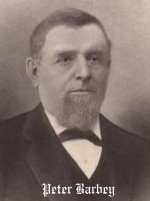 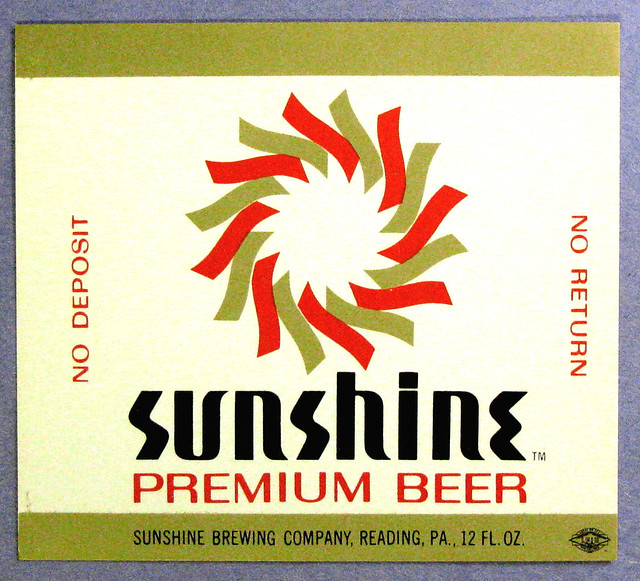 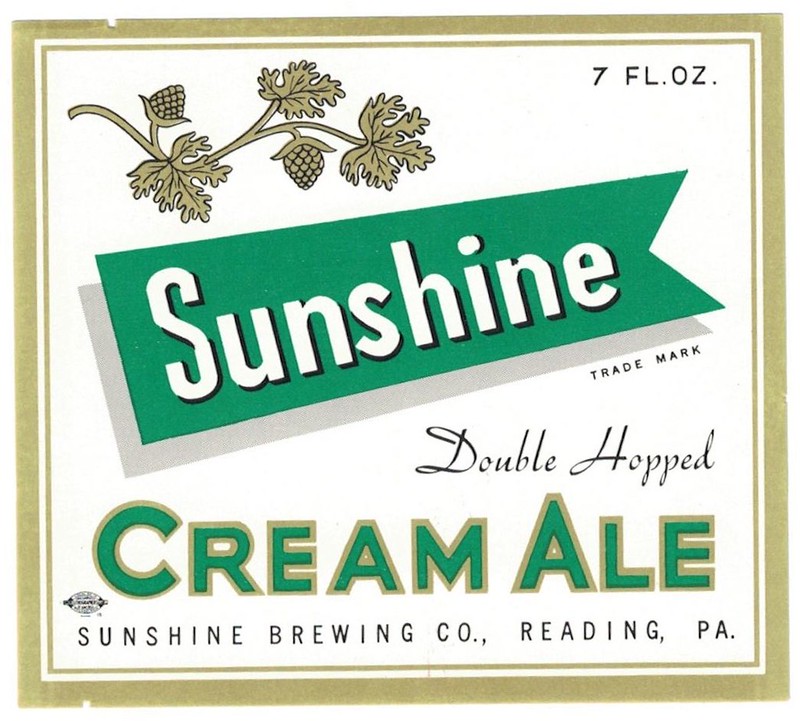 Today is fellow Pennsylvania beer writer Jack Curtin’s birthday, who passed away last year. You could read his writings and rantings on a variety of subjects at his Liquid Diet Online, Curtin’s Corner, I Have Heard the Mermaids Singing, and The Great Disconnect. If you think I don’t know when to stop, check out Jack’s voluminous output. Plus Jack was one of my favorite people to kvetch about politics with, over a pint, of course. Join me in drinking a toast to Jack tonight. 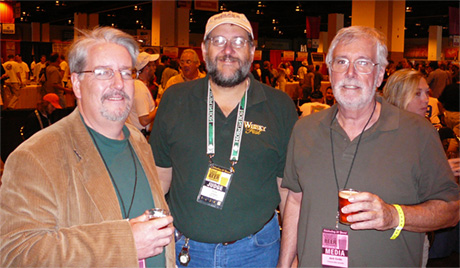 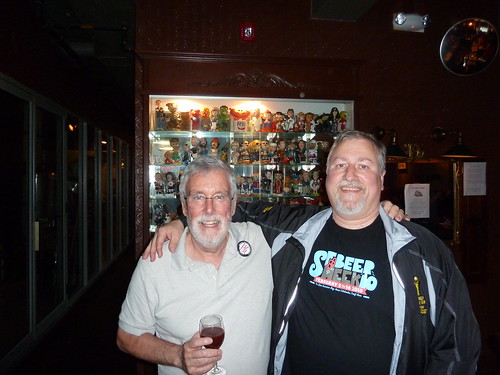 Jack and me at Nodding Head during Philly Beer Week a few years back. 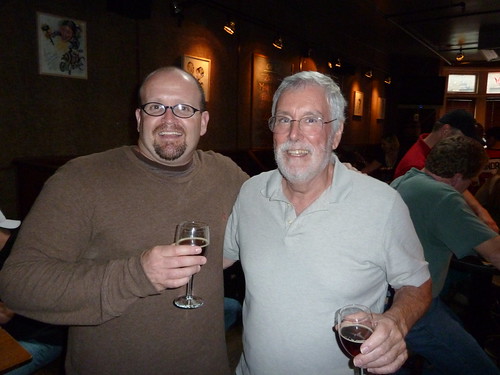 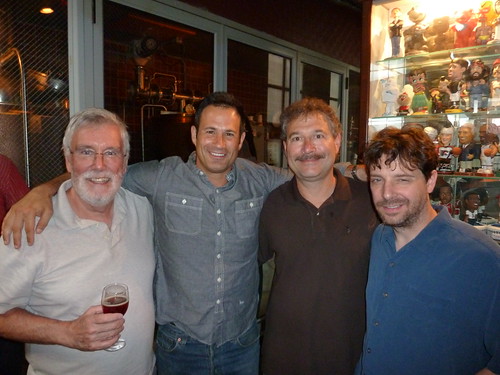