Anheuser-Busch InBev announced this morning that they were buying Arizona brewer Four Peaks. Four Peaks is nearly twenty years old and Arizona’s largest brewery, on track to make approximately 70,000 barrels in 2015. As a nod to just how routine this type of news is becoming, ABI’s press release is titled “Anheuser-Busch Welcomes Four Peaks Brewing Company To The High End Business Unit.” The price was not disclosed and as is typical, the founders of the brewery will be remaining with the business.

Today, Anheuser-Busch announced an agreement to acquire Four Peaks Brewing Company, the leading craft brewer in the state of Arizona. Four Peaks will represent the sixth operation to join the growing list of innovative and progressive craft breweries within The High End, the company’s business unit providing unique craft and import brands.

“For 20 years we’ve had more amazing experiences than I can count doing what we love to do most – brewing great beer and sharing it with a growing craft community in Arizona that has supported us from day one,” said Andy Ingram, Four Peaks co-founder. “We’re excited to join the enthusiastic team and tap into their resources to expand our footprint and share our beer with even more people moving forward.”

Four Peaks, which opened its doors in 1996, expects to sell approximately 70,000 barrels of beer in 2015. The brewery will continue to brew their award-winning beers, including their flagship beer, Kilt Lifter, a Scottish-Style Ale that accounts for more than 60 percent of the brewery’s sales. Four Peaks also produces popular limited releases like cask versions of its mainstay beers and its four-time World Beer Cup-medaling Hopsquatch Barleywine. In addition to strong mainstay beers and limited releases, Four Peaks has seen great success with newer brews like its Pumpkin Porter, which grew more than 150 percent last year.

“As the leading craft brewery in Arizona, we’re proud of what we’ve built and of our brewing heritage. We’re excited to build on that success with The High End,” said Jim Scussel, Four Peaks co-founder. “Arizona has a rapidly-growing fan base for craft beer and we look forward to more opportunities to share what Four Peaks is about within our local community, and beyond,” added Randy Schultz, Four Peaks co-founder.

“It’s exciting to partner with another group of passionate craft beer founders, this time in the great state of Arizona,” said Andy Goeler, CEO, Craft, The High End. “What Andy, Jim, Randy and the team have been able to accomplish is remarkable and a testament to their culture and portfolio of great beers. We look forward to learning from each other and bringing more Four Peaks beers to craft lovers in the Southwest.”

The partnership includes the company’s three primary locations: the 8th Street Brewery & Pub in Tempe; the Wilson Street Brewery & Tasting Room in Tempe; and the Grill & Tap in Scottsdale, in addition to continuing their partnership at the Sky Harbor Airport facility. Anheuser-Busch’s acquisition of Four Peaks is expected to close during the first quarter of 2016. Terms of the agreement were not disclosed. 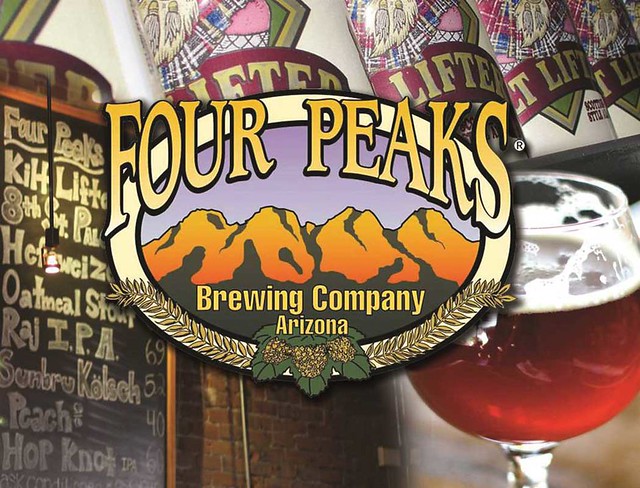