It’s day two of my march to Christmas featuring all 42 labels from Anchor’s Christmas Ale — a.k.a. Our Special Ale — all different beers (well, mostly different) and all different labels, each one designed by local artist Jim Stitt, up to and including this year’s label.

Although that’s not entirely true for 1976. Anchor’s historian, Dave Burkhart, explained that for this year the label was done by a different artist, Richard Elmore. “Fritz’s original idea was to use a different designer each year to design the new label but, although he has a great longtime working relationship with Richard to this day and the 1976 label turned out beautifully, he saw the wisdom and ease of just changing the tree and recipe each year and continued with one designer — Jim Stitt — from 1977 on.” A few years ago, Burkhart asked Stitt to draw another Giant Sequoia for a label so in that way, now it is possible for Jim to say, even though he could never say he designed all the Christmas labels, that he’d drawn all of the trees.

1976 was the second year that Anchor made their Christmas Ale, and it was similar to the previous year’s beer, which itself had been based on Liberty Ale, with no spices added. This second label featured a “Giant Sequoia,” or “Sequoiadendron giganteum.” 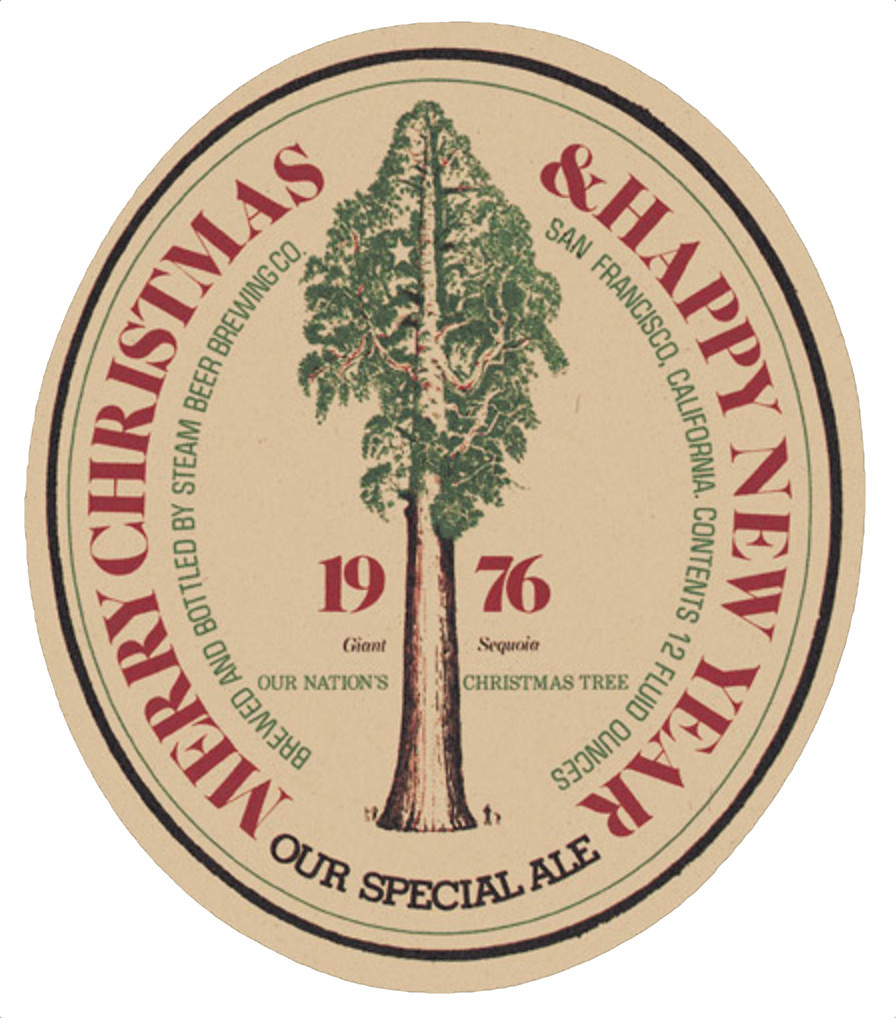