You are here: Home / Art & Beer / Beer In Ads #1323: How Much Federal Excise Tax Has The Brewing Industry Paid Since Repeal?

Wednesday’s ad is another one from the United States Brewers Foundation, from 1951. This a series of ads they did in 1951 using a Q&A format aimed at highlighting different positive aspects of beer and the brewing industry.

Q
How much Federal excise tax has the Brewing Industry paid since Repeal?

A
More than 7 billion dollars — almost 1 1/2 billion in the past two years.

Trying to put that into perspective, they claim that this amount is twice what the U.S. government spent on the Marshall Plan. Perhaps more impressive, it’s apparently the “fourth largest amount paid by any industry.” 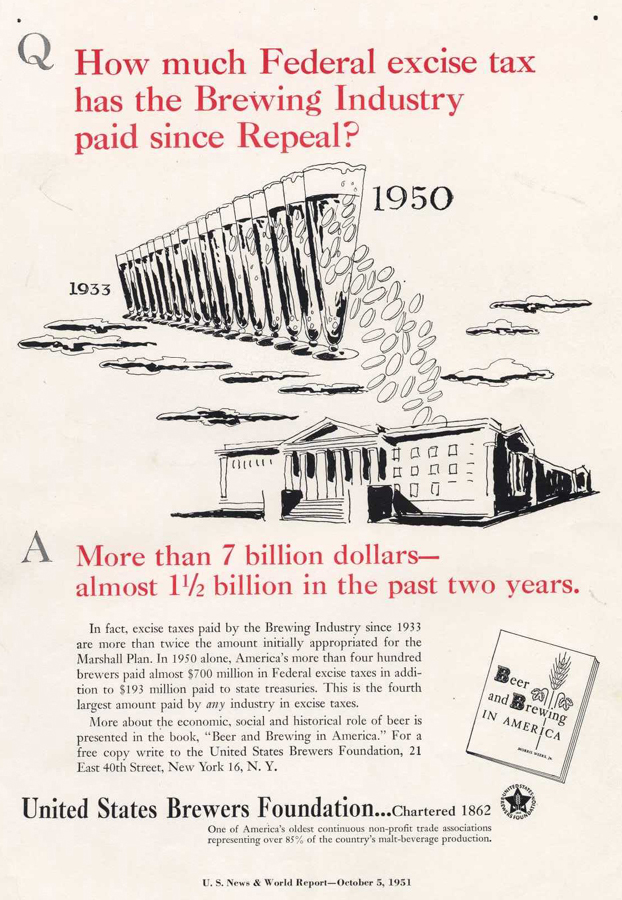