You are here: Home / Art & Beer / Beer In Ads #1332: How Does The Brewing Industry Compare To Other Industries As A Taxpayer?

Friday’s ad is another one from the United States Brewers Foundation, from 1951. This a series of ads they did in 1951 using a Q&A format aimed at highlighting different positive aspects of beer and the brewing industry.

Q
How does the Brewing Industry compare to other industries as a taxpayer?

And as the ad points out, that’s in addition to “the many millions in property, income and corporation taxes paid” by breweries, not to mention state excise taxes. 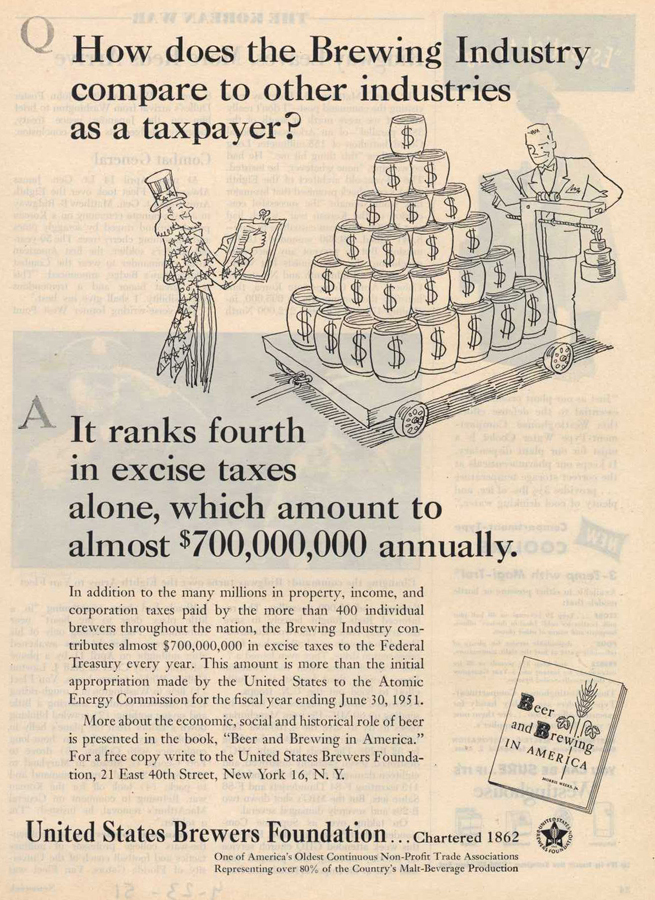