Tuesday’s ad is another one from the United Brewers Industrial Foundation, from 1945. This was the year before the “Beer Belongs” series began. These were similar, and used the “Beer Belongs” tagline, but were unnumbered stand-alones. They each featured a painting by a well-known artist or illustrator of the day, along with many of the elements that would later appear in the “Home Life in America” series. In this ad, the painting is called “Ski Trail,” by artist Marianne Appel. 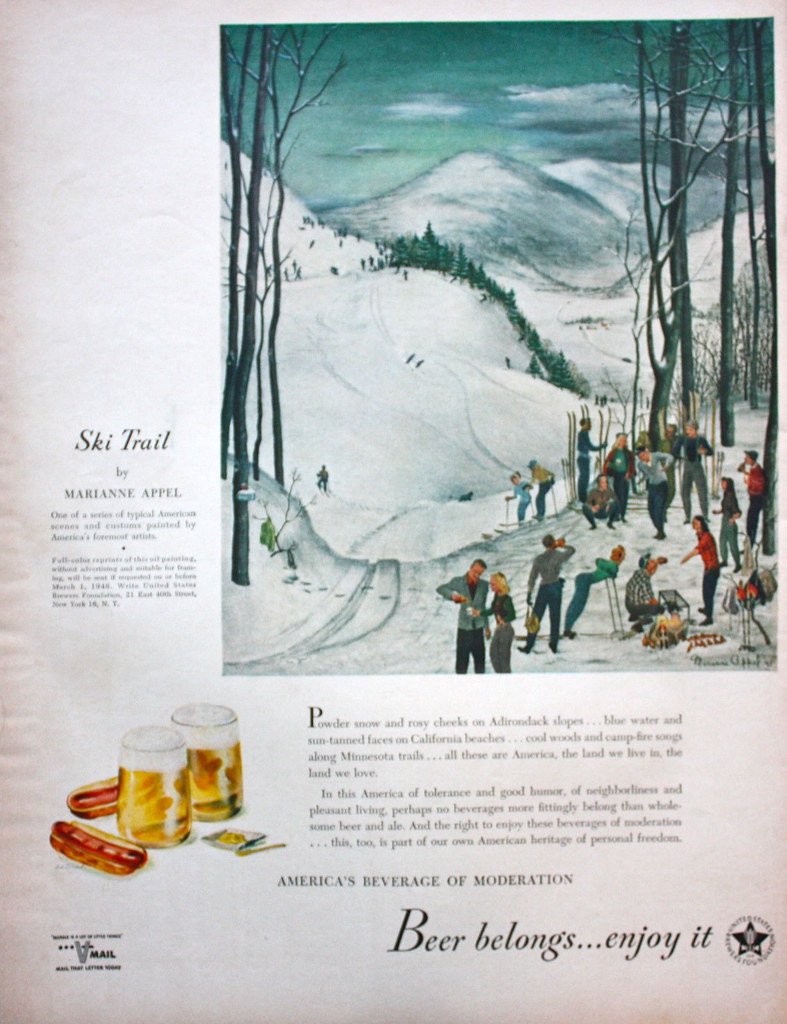