Saturday’s ad is for Budweiser, from sometime in the 1970s, based on the collars and fashion. The ad is trying to get people to pick-a-pair, that is buy a six-pack, and in fact the ads wants people to do that “Twice!,” that is buy two six-packs. I grew up in a case state with weird, antiquated laws (Pennsylvania) so were twelve-packs not available yet in the 1970s? When did the twelve-pack debut? Anybody know? Because otherwise why not just advertise twelve-packs? 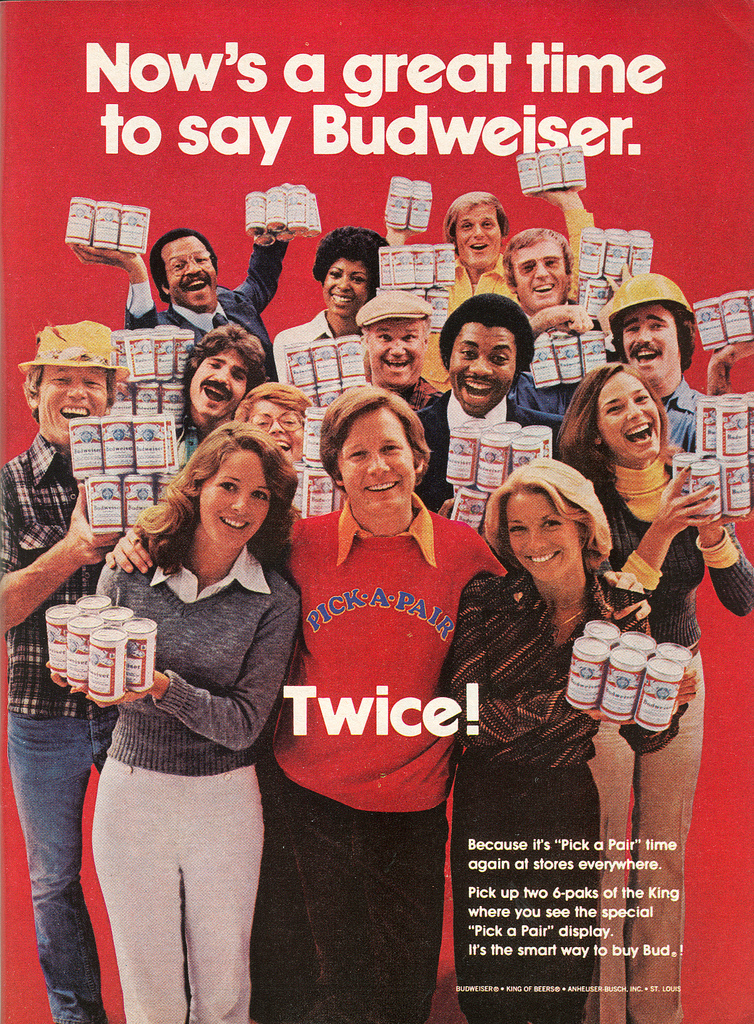