Tuesday’s ad is also for Budweiser, from 1962. It’s part of Anheuser-Busch’s “where there’s life” series and features Helen Williams, the first African-American model to “break into the mainstream.” Born in New Jersey, she’d been wildly popular in France in the 1950s but — surprise, surprise — she faced rampant discrimination in her native country from modeling agency until her cause was taken up by several reporters who took her side and wrote about her plight, prompting her to get offers of modeling work from a variety of clients, including Budweiser. In the ad, Williams is looking up from the crossword puzzle she’s working on to watch unseen hands pouring a can of Budweiser into a glass for her. I know a beer always helps me with crossword puzzles. 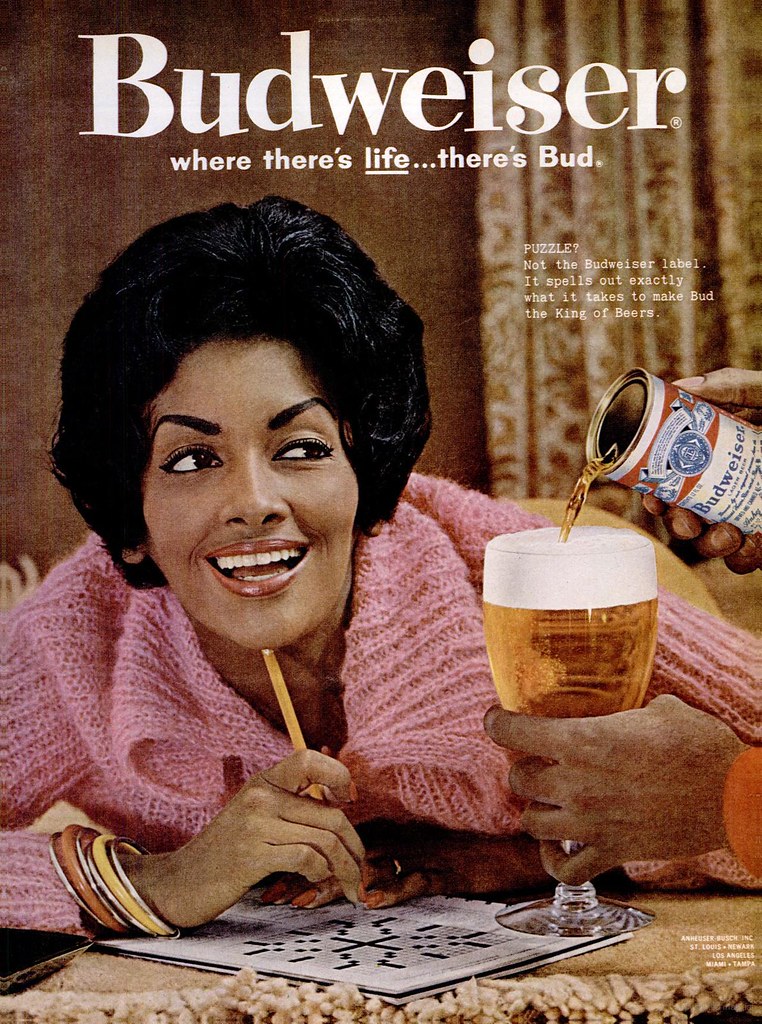