Saturday’s ad is for Guinness, an ad in the design stages that never was used, but was created in late 1944, sometime after the death of the artist that inspired it, Piet Mondrian , who died February 1, 1944. Mondrian was also born today in 1899, which is why I chose this ad for today. This is one of the “lost Guinness ads” that Martyn Cornell wrote about last year in More great lost Guinness art: new evidence for the genius of Gilroy. The Gilroy he’s referring to is artist John Gilroy, who created most of the iconic characters Guinness used in their advertising, such as the Toucan, the Zookeeper and all of the rest. This one is part of a large stash that mysteriously disappeared in 1971 and then reappeared in America decades later just in time to net whoever absconded with the art millions of dollars. As part of the “lost” unused pieces, Gilroy created a series of ads paying homage to great art masterpieces by Van Gogh, Michelangelo, Picasso, Vermeer and others. This one is a beautifully conceived work that is at once recognizable as being in the style of Mondrian but also cleverly works into the design a pint of stout. It’s shame the series was never finished or green lit. 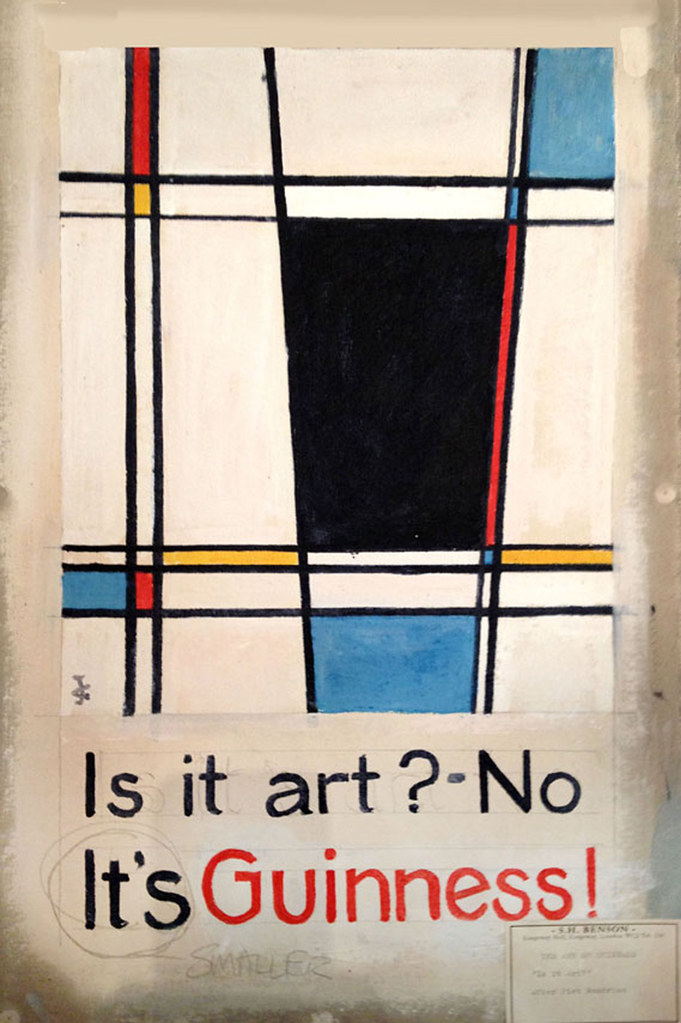