Sunday’s ad is for Bass Ale, from 1926. Bass Ale was one of the beers that helped push me away from the regional lagers I grew up drinking in Eastern Pennsylvania, and toward more flavorful beers. Jazz clubs in New York City in the late 1970s frequently carried Bass, and I really liked how different it tasted, compared to what I was used to. In this ad, Bass makes the claim that by using lots of hops in their beer that they made the hop merchant a “man of substance,” which they insist we can clearly “see from his picture” here in this ad. While I know many fine hop merchants, most of whom are indeed men of substance, I’m not quite sure that being 100 feet tall is proof of anything. Or maybe it’s simply how well-dressed he is. If so, not sure that outfit exactly translates as impressive in the modern world. 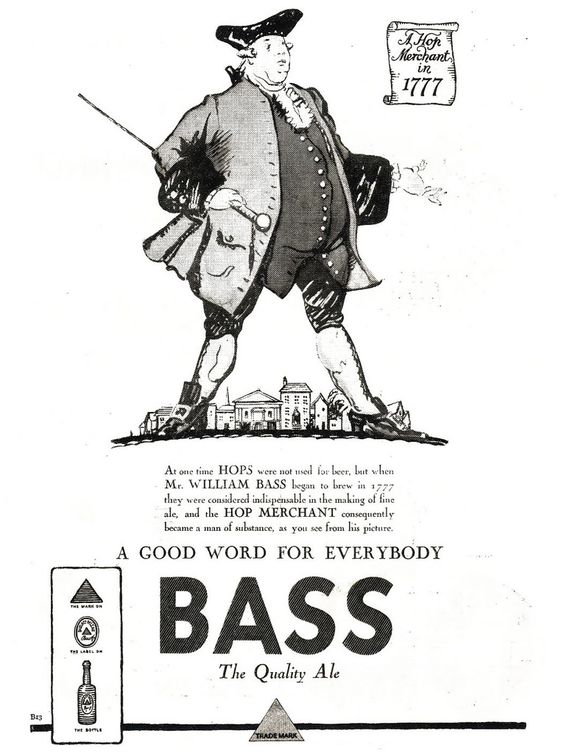