Sunday’s ad is for Schlitz, from 1944. “Just the Kiss of the Hops” was a popular slogan used by Schlitz for several decades. It’s meant to express that their beer had no bitterness, but they definitely had some fun with it over the years. In this ad, another weird Schlitz ad, another bear sits on a park bench wearing a band uniform playing a Sousaphone. If seeing that doesn’t make you want to drink a beer, I don’t know what will. Maybe that was their plan all along? 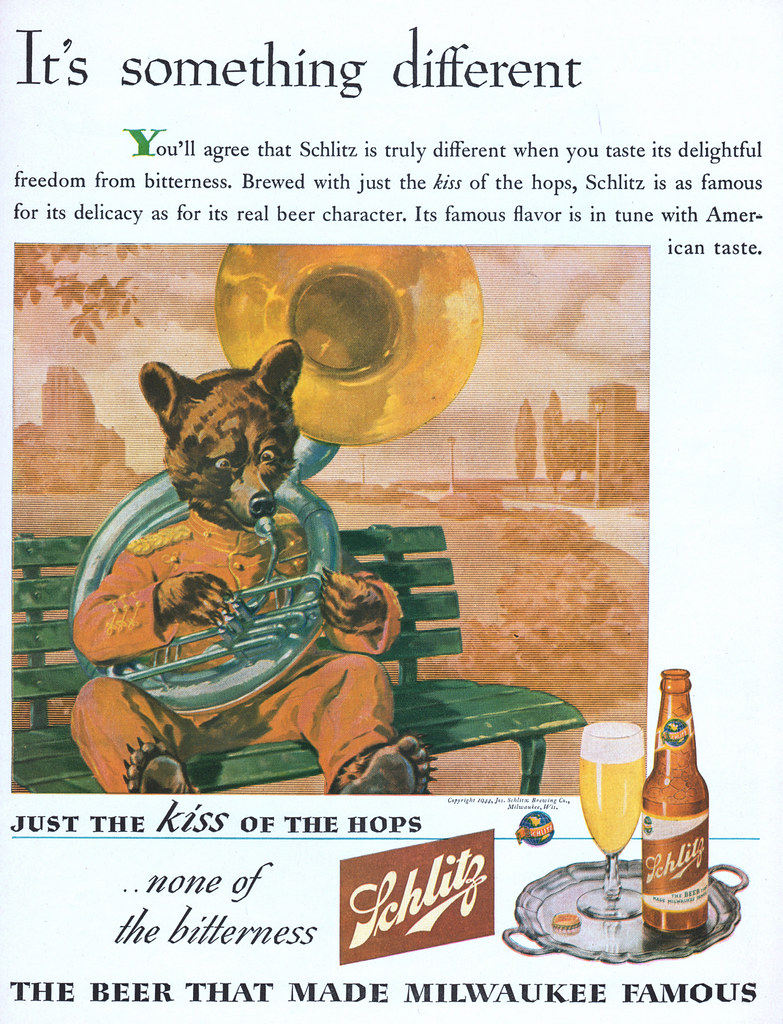