Sunday’s ad is for Schlitz, from 1941. “Just the Kiss of the Hops” was a popular slogan used by Schlitz for several decades. It’s meant to express that their beer had no bitterness, but they definitely had some fun with it over the years. In this ad, a woman has painted a work of art, which you’ll not be surprised to learn is a bottle of Schlitz beer. Curiously, she also painted the words “No bitterness” at the top of the canvas which ruins of the painting for me, at least. 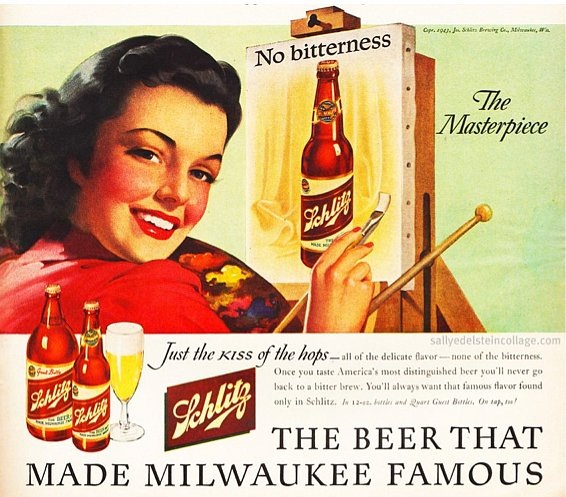 And here’s a second ad that used the same art. 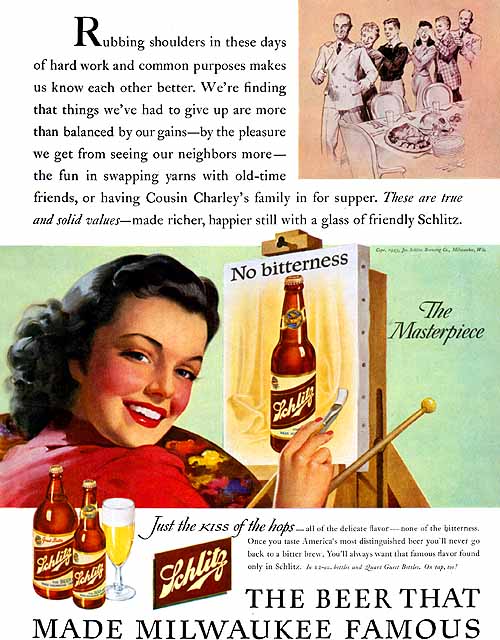