Friday’s ad is for Guinness, from 1954. While the best known Guinness ads were undoubtedly the ones created by John Gilroy, Guinness had other creative ads throughout the same period and afterward, too, which are often overlooked. In this ad, a man and his Ostrich look suspiciously similar, so I guess it’s along the lines of the idea that people resemble their pets. Or in this case, their drinking buddies, although the ostrich does have a ping glass stuck in his throat, so he may be done for the night. The artist’s initials are again “E.H.,” but I don’t know who that might be. 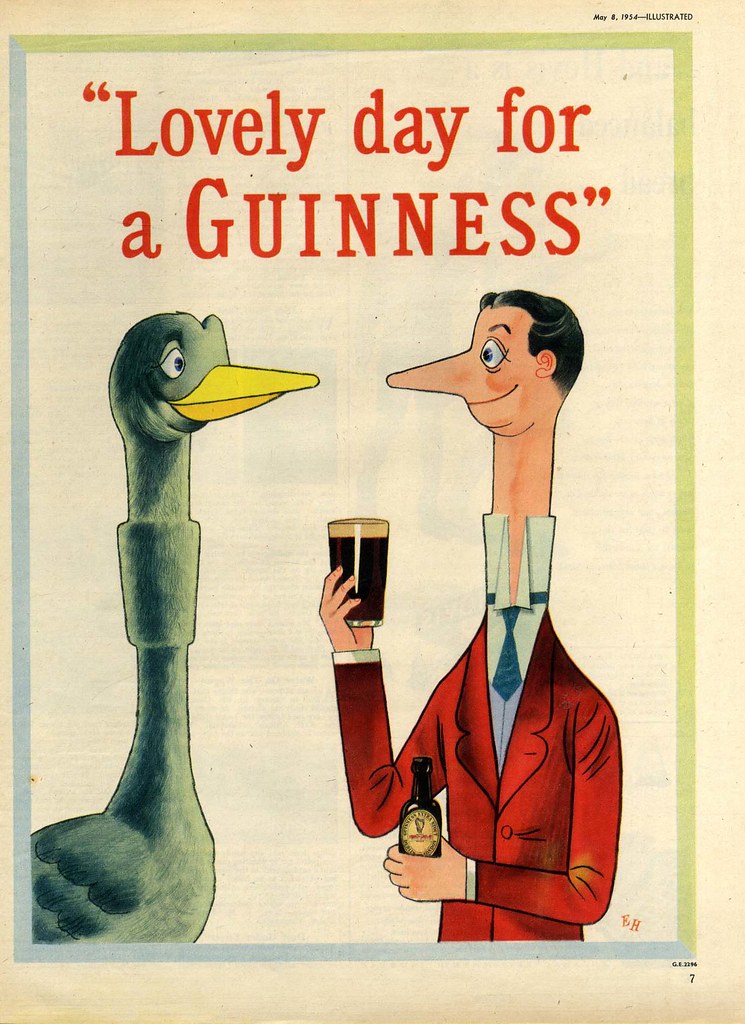