Tuesday’s ad is for Guinness, from 1955. While the best known Guinness ads were undoubtedly the ones created by John Gilroy, Guinness had other creative ads throughout the same period and afterward, too, which are often overlooked. In this ad, it illustrates a quote by English cleric, novelist, and humorous poet Richard Barham — who wrote under the nom de plume Thomas Ingoldsby — from his 1842 work The Ingoldsby Legends. 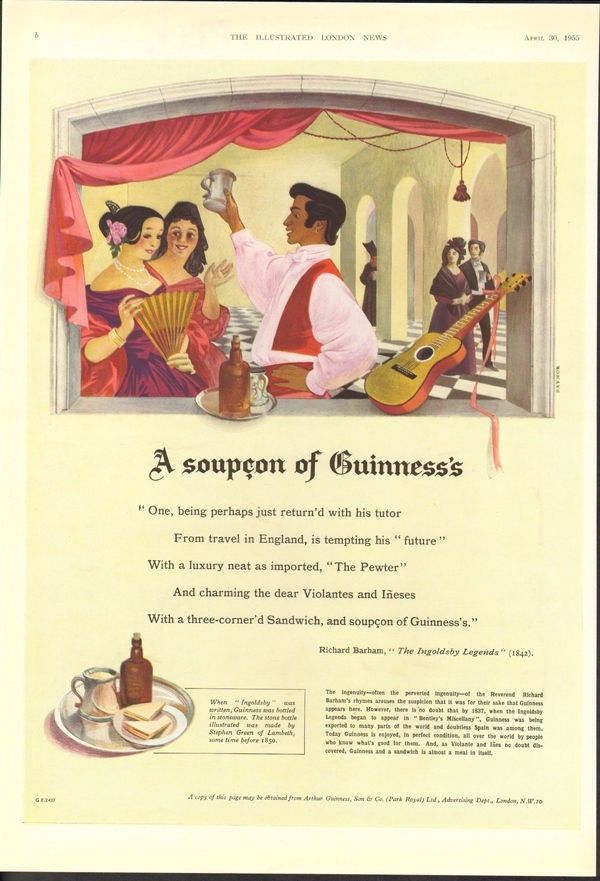