Thursday’s ad is for Guinness, from 1951. While the best known Guinness ads were undoubtedly the ones created by John Gilroy, Guinness had other creative ads throughout the same period and afterward, too, which are often overlooked. In this ad, the “Guinness Guide to Game Birds,” seven different birds are illustrated, each with a short description about them, and what foods to pair with them, not to mention how good a glass of Guinness will pair with each game bird, and this one includes wild turkey, which we enjoyed for dinner today.

Last week I shared a different Guinness Guide to Game Birds from 1953, two years after this ad, and most of the birds are different between the two ads. Only the pheasant and the woodcock are repeated. There’s also a grouse in both, but in this earlier ad, it’s a Ruffed Grouse (which coincidentally is the state bird of Pennsylvania) rather than a more generic grouse, which is a group of similar birds. 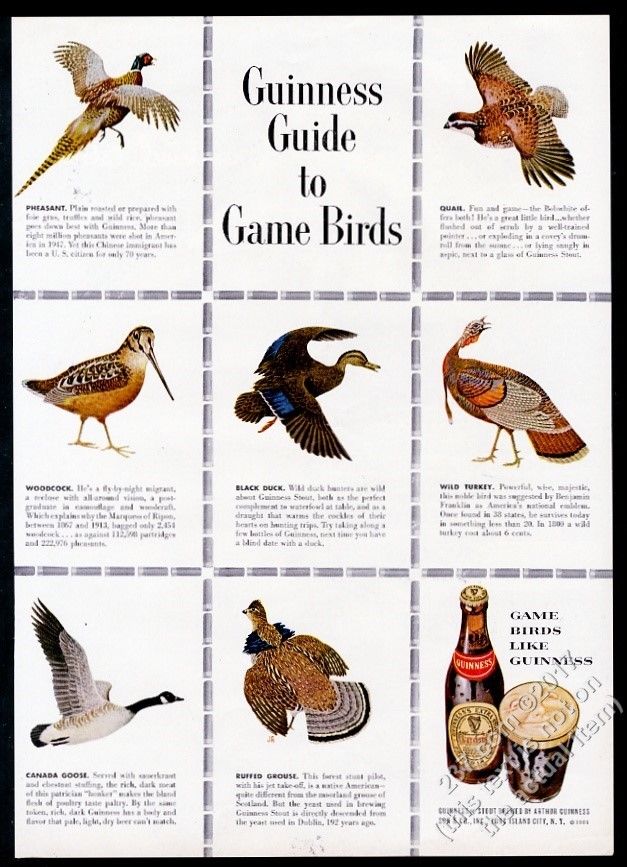