Friday’s ad is for Guinness, from 1967. While the best known Guinness ads were undoubtedly the ones created by John Gilroy, Guinness had other creative ads throughout the same period and afterward, too, which are often overlooked. In the late-1960s, Guinness hired well-known English portrait artist, landscape painter and illustrator John Stanton Ward to do a series of paintings of famous pubs and bars around the world. In this ad, No. 6 in the series, the painting is of the Cafe Royal, on Princes Street in Edinburgh, Scotland. 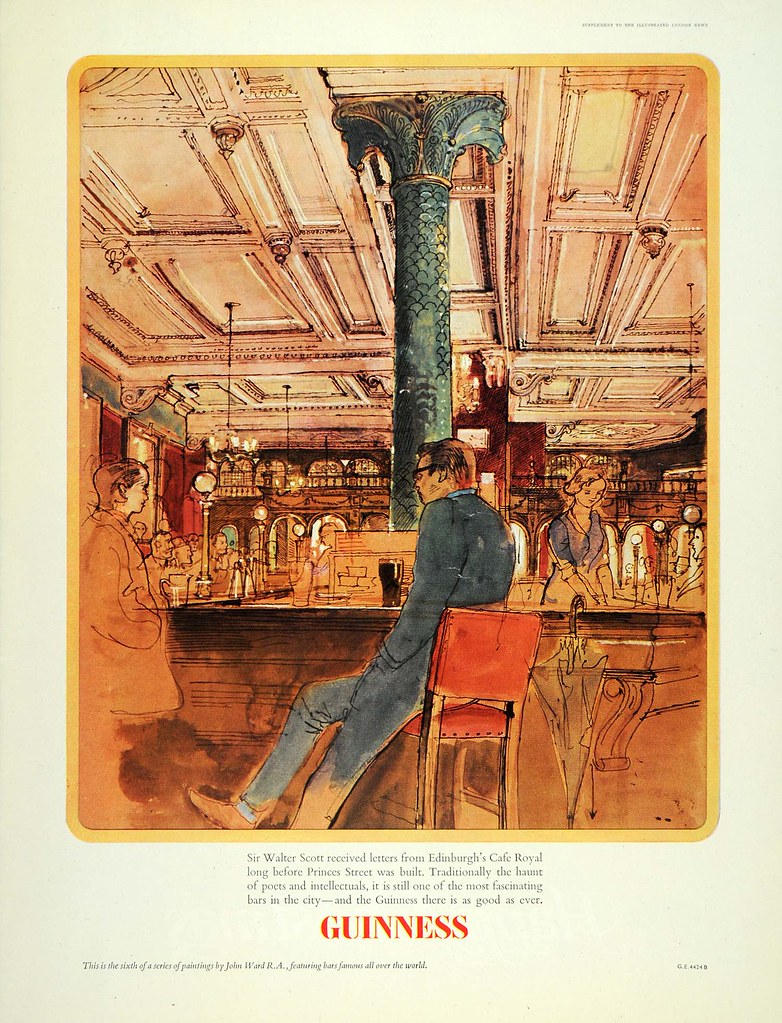