Wednesday’s ad is for Guinness, from 1954. While the best known Guinness ads were undoubtedly the ones created by John Gilroy, Guinness had other creative ads throughout the same period and afterward, too, which are often overlooked. This ad, one of many that used Lewis Carroll’s Alice in Wonderland is entitled “Bottle and Jug,” and the Mad Hatter is apparently a Guinness thief, or will be in the future. The Carroll-esque story is eerily similar to the Philip K. Dick story “Minority Report,” which was about stopping future crime, or precrime, before it happened. But the Guinness ad ran two years before Dick’s story was published in 1956. Maybe this was his inspiration for the story? 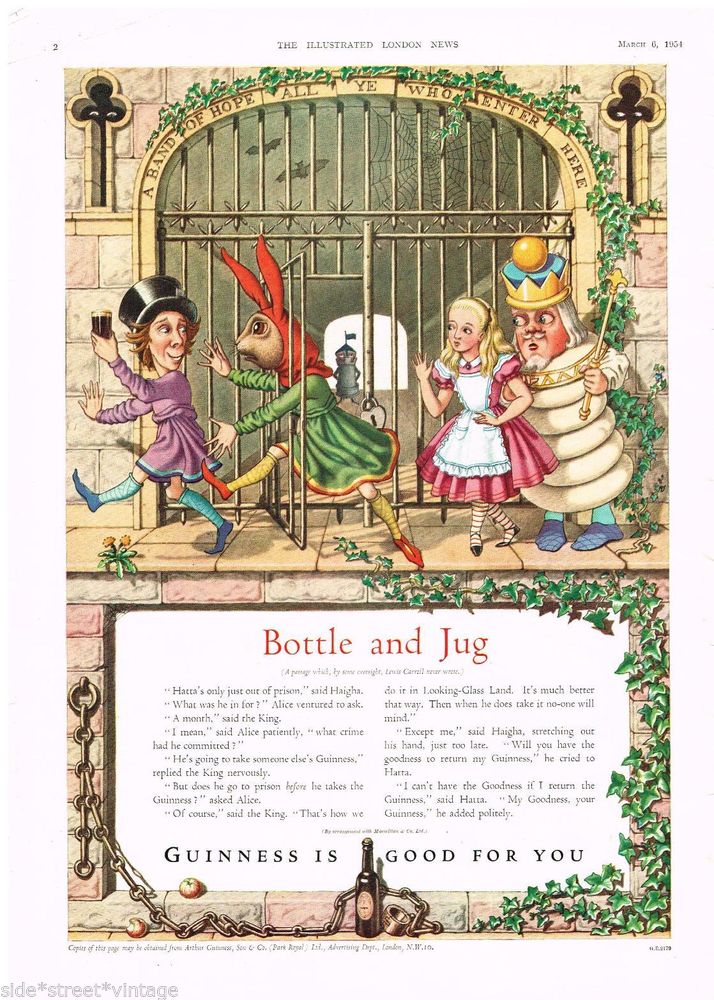