Saturday’s ad is for Guinness, from 1932. While the best known Guinness ads were undoubtedly the ones created by John Gilroy, Guinness had other creative ads throughout the same period and afterward, too, which are often overlooked. This ad, one of many that used Lewis Carroll’s Alice in Wonderland is titled “A Guinness Carroll,” and features a rewritten poem by Lewis Carroll, “You Are Old, Father William” which is from “Alice’s Adventures in Wonderland,” published in 1865. “It is recited by Alice in Chapter 5, ‘Advice from a Caterpillar’ (Chapter 3 in the original manuscript, Alice’s Adventures Under Ground). Alice informs the Caterpillar that she has previously tried to repeat ‘How Doth the Little Busy Bee’ and has had it all come wrong as ‘How Doth the Little Crocodile.’ The Caterpillar asks her to repeat ‘You Are Old, Father William,’ and she recites.” Of course, they added Guinness into the mix. 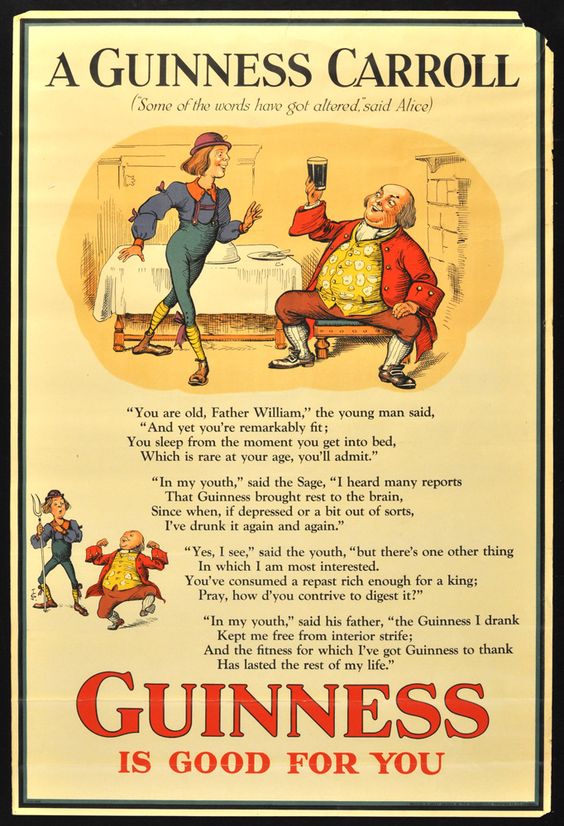