Monday’s ad is for Guinness, from 1933. While the best known Guinness ads were undoubtedly the ones created by John Gilroy, Guinness had other creative ads throughout the same period and afterward, too, which are often overlooked. This ad, one of many that used Lewis Carroll’s Alice in Wonderland is titled “Catch As Catch Can’t,” and although it has Alice in the mix, it takes place in the Guinness Zoo, with the lion chasing the zookeeper around a tree (in a scene reminiscent of “The Story of Little Black Sambo”) trying to catch him to get the bottle and glass of Guinness he’s carrying. 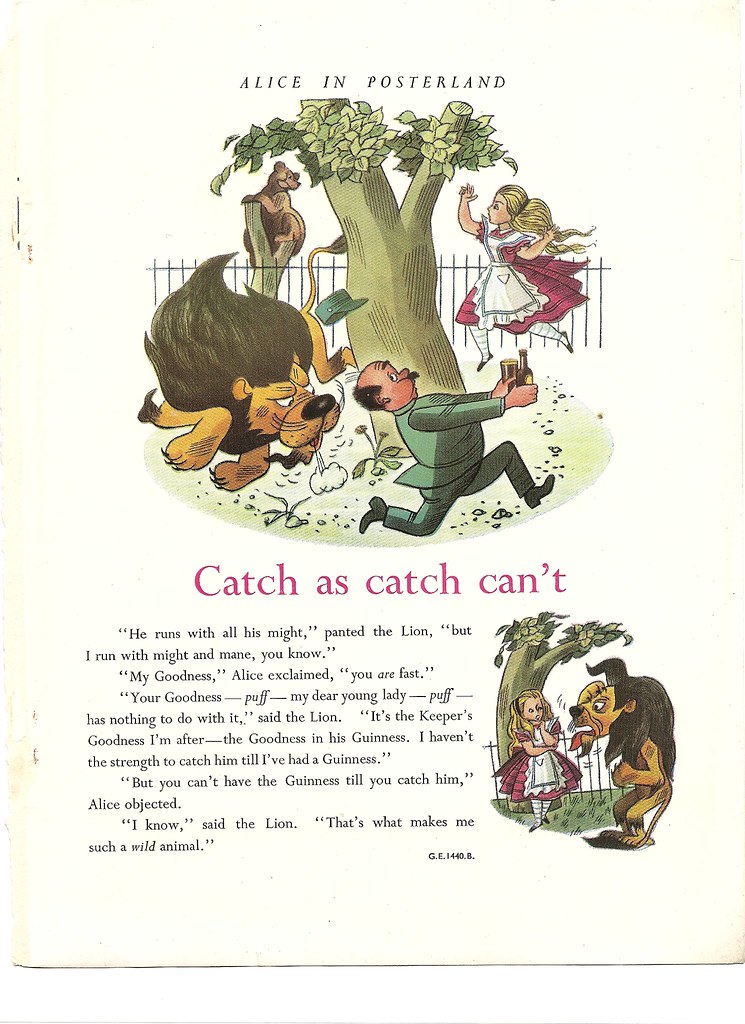