Saturday’s ad is for Rheingold, from 1949. In the 1940s and 1950s, Rheingold recruited a number of prominent celebrities to do ads for them, all using the tagline: “My beer is Rheingold — the Dry beer!” In this ad, it features American film actor John Payne. He is “mainly remembered from film noir crime stories and 20th Century Fox musical films, and for his leading roles in Miracle on 34th Street and the NBC Western television series The Restless Gun.” In the ad, Payne talks about visiting New York and being busy catching up with his many friends from when he used to live there. And usually, when he gets together with those friends, they sit down and share some Rheingold Extra Dry. 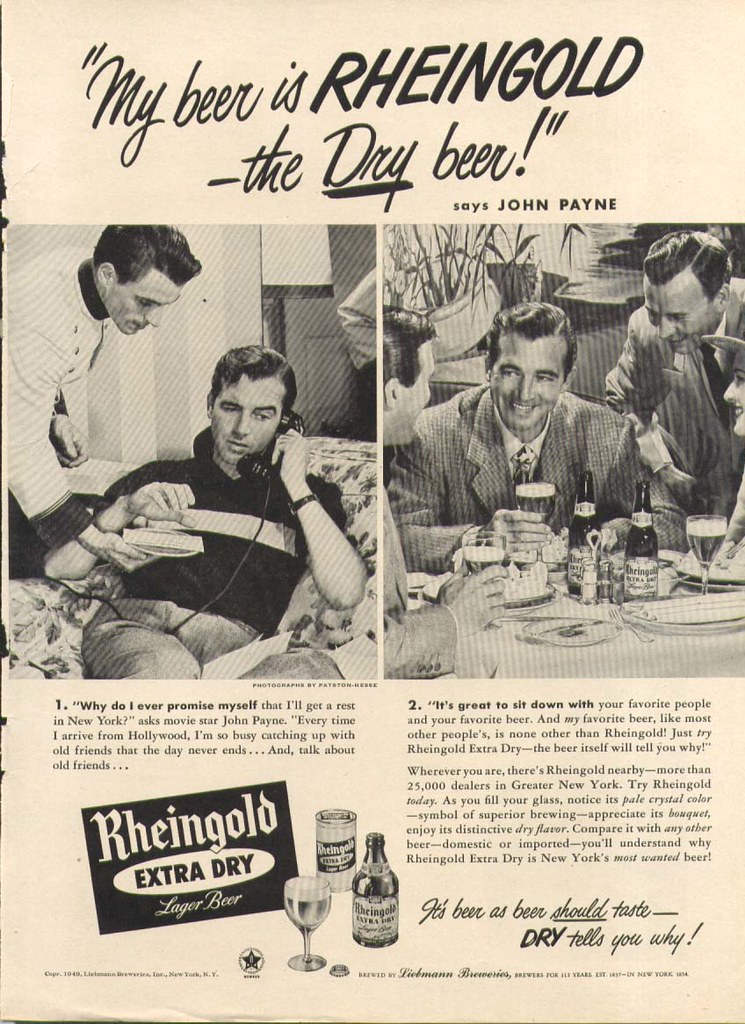