Wednesday’s ad is for is by the Brewing Industry Foundation, from 1956. Beginning during World War II, the USBIF began a series of positive ads under the name “Morale is a Lot of Little Things” followed by an unnumbered series of illustrated ads that were a precursor to the numbered “Home Life in America,” the crown jewel of ads which ran from 1945 to 1956, also known as the Beer Belongs series. But they didn’t end there, and for a short time afterward, beginning in 1956, several more similar ads were created but without the numbering or the “Home Life in America” association.

In this ad, entitled the “Let’s Just Sit Awhile,” the scene is, like yesterday, in a backyard garden. But the couple can’t get any work done because it’s pouring down raining, so they decide to “just sit awhile” and drink some beer. And that seems like a pretty good idea. The inset box is interesting. In it, the reader is told to “Give beer its head — pour with glass straight, not tilted — tastes even better that way!” 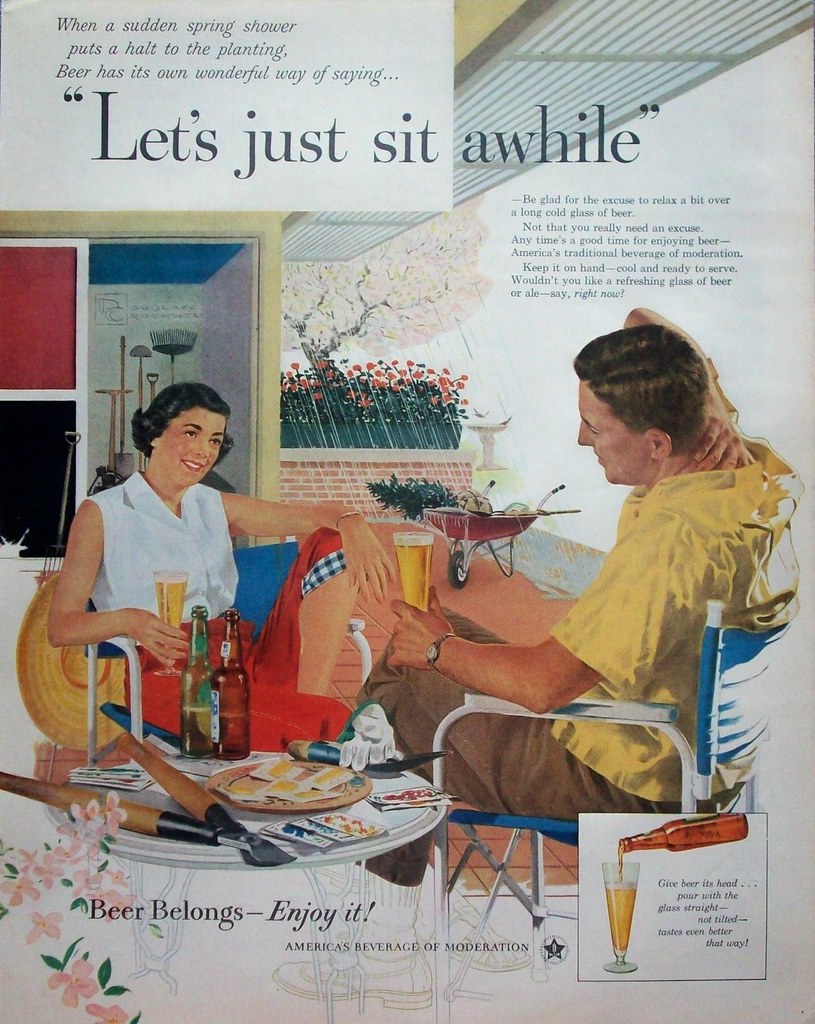