Sunday’s ad is for is by the U.S. Brewers Association, from 1961. Beginning during World War II, the USBIF began a series of positive ads under the name “Morale is a Lot of Little Things” followed by an unnumbered series of illustrated ads that were a precursor to the numbered “Home Life in America,” the crown jewel of ads which ran from 1945 to 1956, also known as the Beer Belongs series. But they didn’t end there, and for a short time afterward, beginning in 1956, several more similar ads were created but without the numbering or the “Home Life in America” association. Shortly thereafter, the ads continued to use thematic elements from the earlier ads, but they became more conventional, using photographs instead of art.

In this ad, another one entitled “have you ever had a beer by candlelight?,” the scene is a woman, presumably on a date, having a beer with her meal. The ad copy suggests it’s a good idea to get out of the house since “the change will do you good.” And the beer will “sparkle in the soft glow” of candlelight, as you discover “the special reward in good beer and ale with fine food.” 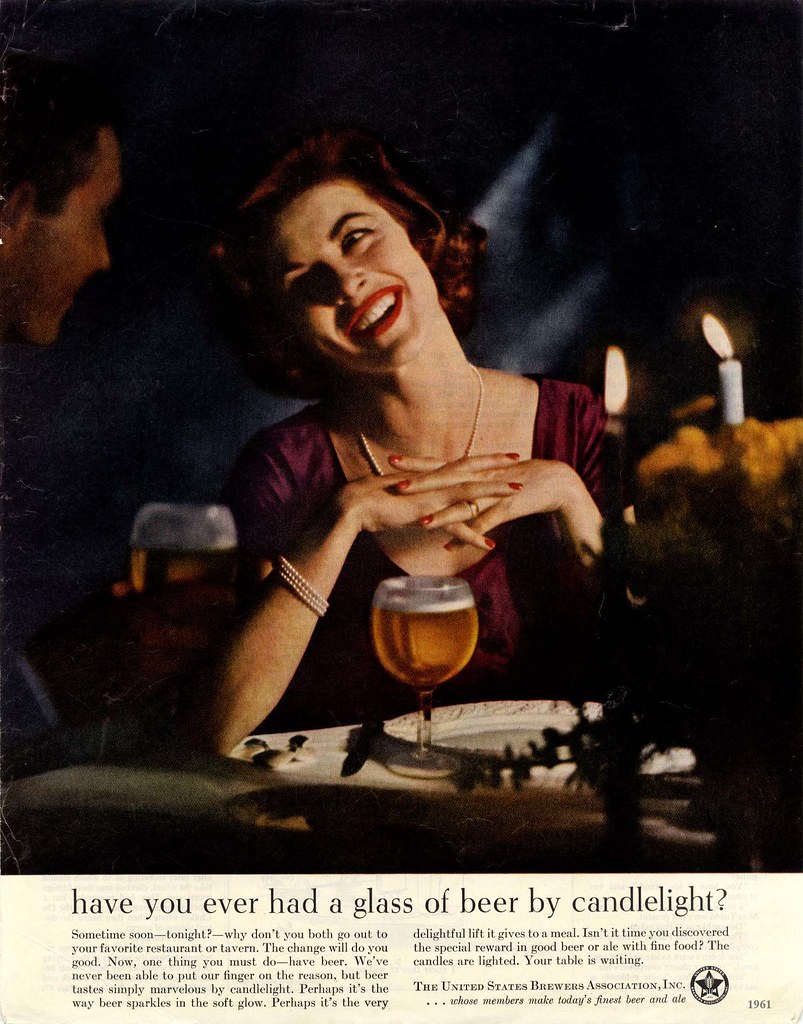