Sunday’s ad is for is by the United Brewers Industrial Foundation, from 1940. Beginning during World War II, the USBIF began a series of positive ads under the name “Morale is a Lot of Little Things” followed by an unnumbered series of illustrated ads that were a precursor to the numbered “Home Life in America,” the crown jewel of ads which ran from 1945 to 1956, also known as the Beer Belongs series. But they didn’t end there, and for a short time afterward, beginning in 1956, several more similar ads were created but without the numbering or the “Home Life in America” association. But even before those efforts, the UBIF put their toe in the trade advertising pond with ads under the title “The Record … Facts That Concern You” and always ending with the tagline “Beer … a beverage of moderation,” and the continued on with some similar-themed ads after that.

In this ad, with the headline “The Moderation Hour,” the scene is two men in what I think is supposed to be a booth at a bar having a beer together. But the cuckoo clock on the wall behind them doesn’t have any chains or weights to make it work, or the pendulum for that matter. But the tagline below the table is what the ad is trying to promote. “Good Beer and Ale in wholesome, modern taverns, offer Americans pleasant, inexpensive relaxation!” And they point out that all that relaxing led to the industry paying $411,596,780 in state and federal taxes. 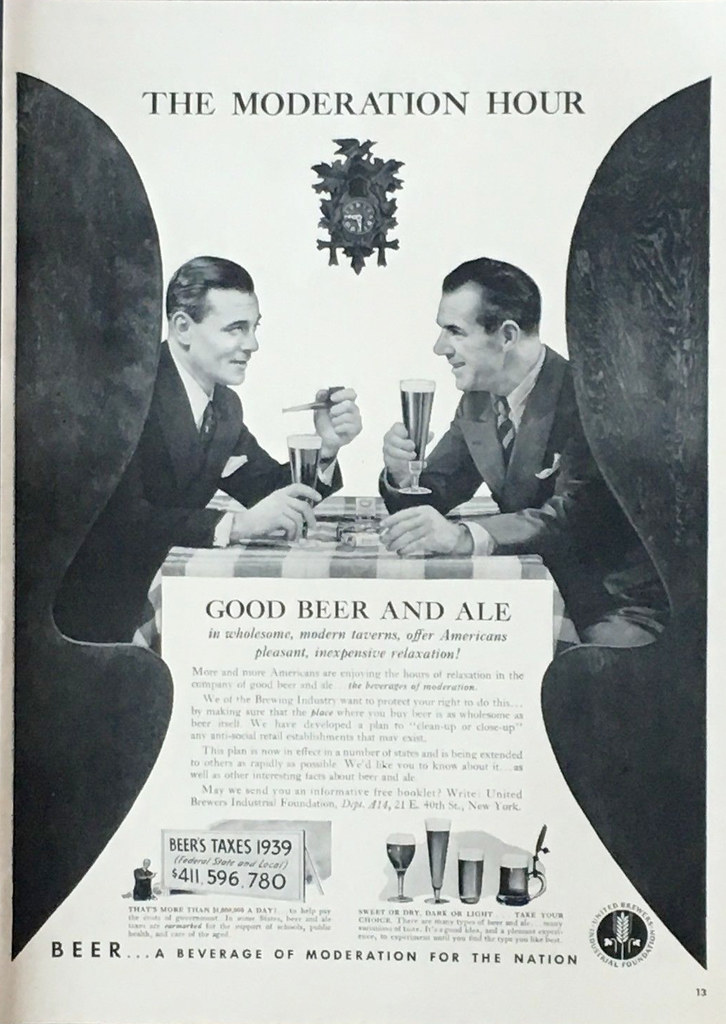