Today is the 42nd birthday of Abram Goldman-Armstrong, a Portland-based beer writer who is the managing editor of the Northwest Brewing News and also writes online at Brewsville. Abe also is the organizer of the North American Organic Brewers Festival and by day works in construction. When Abe was writing for the Celebrator Beer News several years back, during GABF we spent an evening drinking out and about the city eventually ending up at the Denver Diner, during which time I discovered I’d spent the entire evening calling him by the wrong name — d’oh. Anyway, these days I can get his name right. Join me in wishing Abe a very happy birthday. 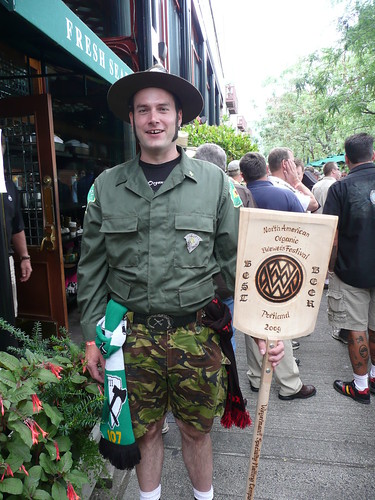 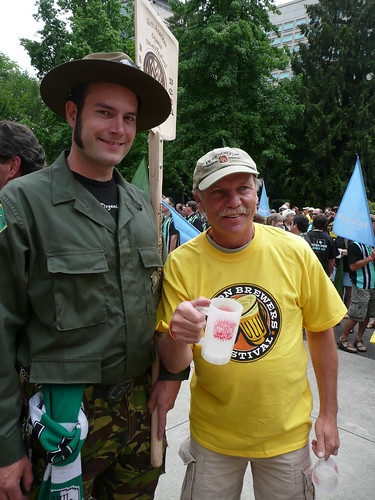 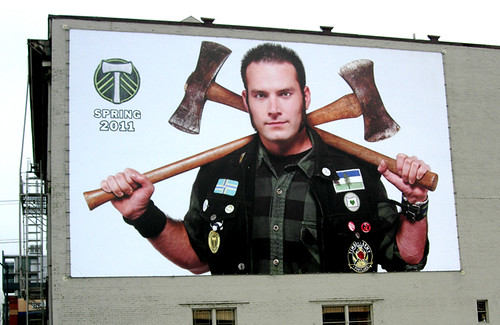 Abe’s also a big fan of the local soccer team, the Portland Timbers, and recently appeared on a billboard for the team as they joined the MLS several years ago.