Today is the 84th birthday of Bill Owens, who founded one of California (and America’s) earliest brewpubs, Buffalo Bill’s, in Hayward, California. The brewpub opened in 1983, but in 1994 he sold it to his then-brewer, Geoff Harries, who still owns and operates it today. Bill also founded American Brewer magazine, which today is owned by Jamie Magee. Bill’s also an accomplished photographer, and has published several volumes of his photos, the most famous of which is Suburbia. More recently, he’s been involved in micro-distilling, in 2003 founding the American Distilling Institute. Please join me in wishing Bill a very happy birthday. 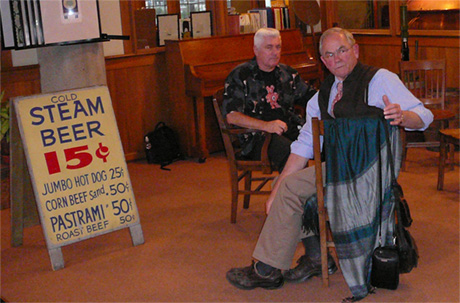 Bill and Fritz Maytag at an event for Maureen Ogle’s book “Ambitious Brew” in 2006. 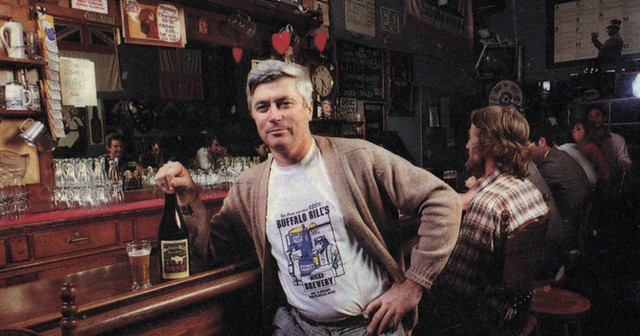 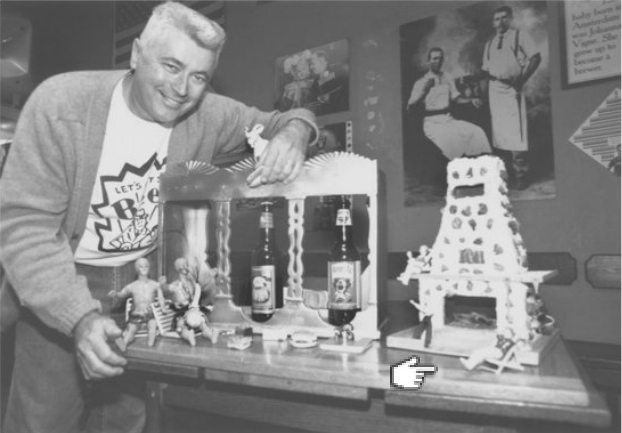 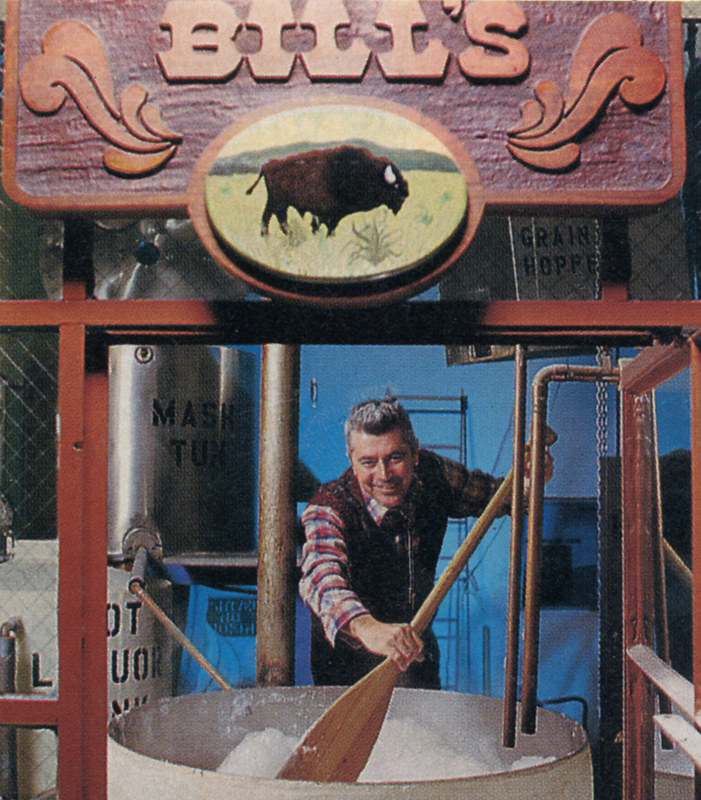 Manning the mash paddle around 1985, the year he made his first batch of Pumpkin Ale, probably the first pumpkin beer in modern times. 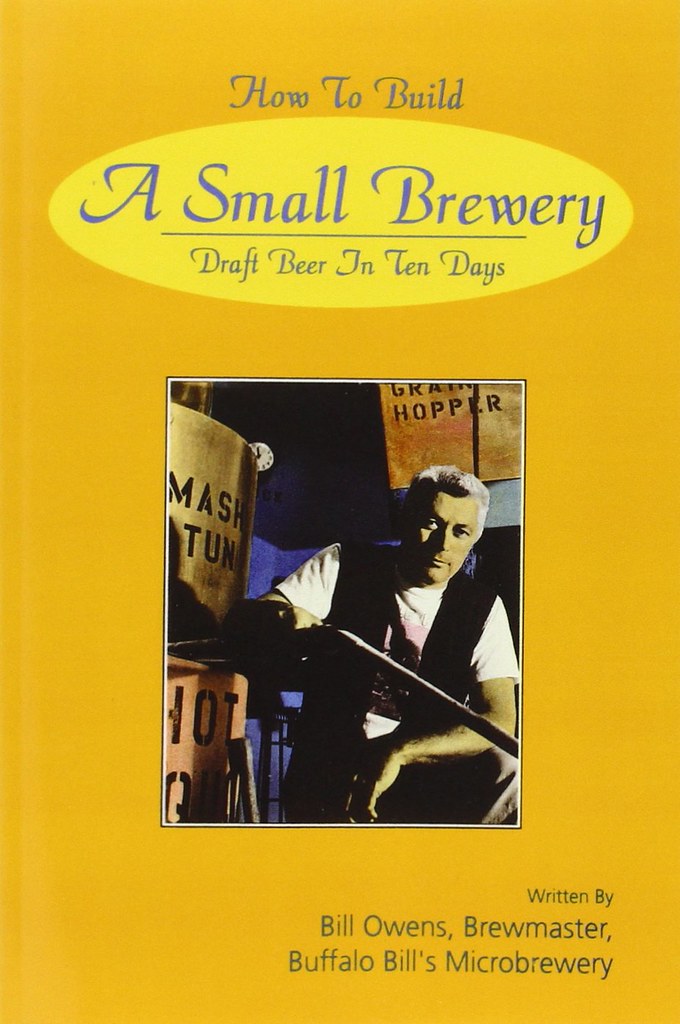 Bill Owens’ early book — more of a pamphlet really — on How to Build a Small Brewery.