Today is the 50th birthday — The Big 5-O — of Evan Rail, expat American writer living, and writing about beer, in Prague, Czech Republic. Evan was born and raised in Fresno, but discovered his love for beer while attending U.C. Davis as a French and German literature major. While there, he spent his time at the nearby Sudwerk Privatbrauerei brewpub, and counted among his friends several students in the Master Brewers program. That’s also where he began homebrewing in 1993. He also studied in New York and Paris, before making the Czech Republic his home in 2000. His move to Prague was meant to be for a single year, but he’s still there almost two decades later. Given that he met his wife there, and they’ve started a family, it’s likely he won’t be moving home any time soon. In addition to writing the Good Beer Guide to Prague and the Czech Republic, Rail’s also penned Why Beer Matters, In Praise of Hangovers and Triplebock, all Kindle singles. We finally had a chance to share a beer in person a few years ago when he was in San Francisco for an event sponsored by Pilsner Urquell. But since then we’ve been on trips in Denmark and Belgium together, as well. Join me in wishing Evan a very happy birthday. 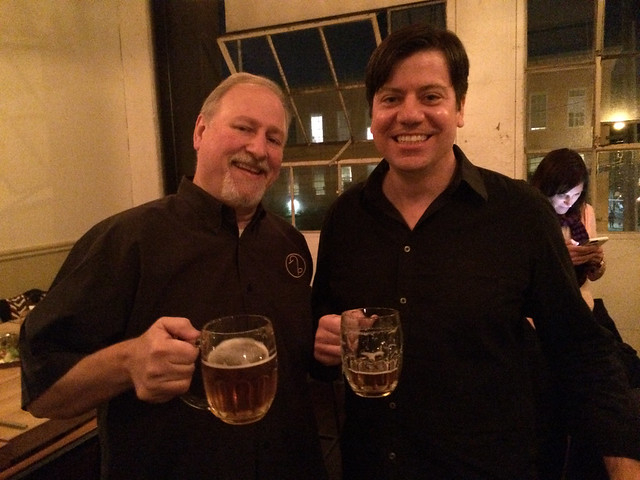 A few years ago at event in san Francisco, where Evan was doing a presentation for Pilsner Urquell.

Also a couple of years ago in Copenhagen, along with, clockwise from left: Martyn Cornell, Jeff Alworth, Evan, me, Stephen Beaumont, Pete Brown, Stan Hieronymus and Ron Pattinson. 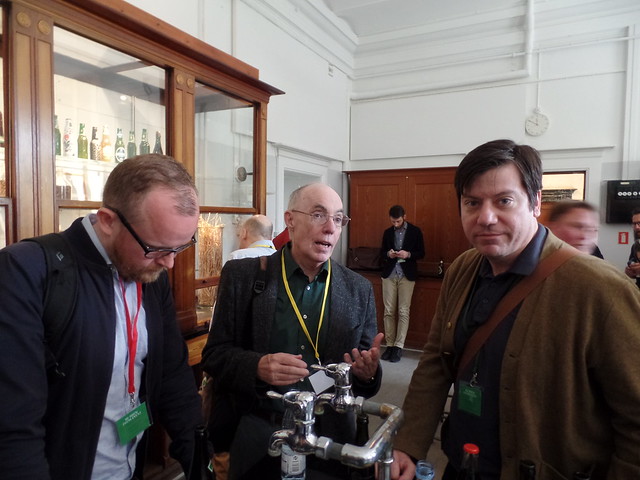 Talking with Stan Hieronymus during a tour of the Carlsberg Laboratory. A Facebook cover photo of Evan (which is where I purloined it from, along with the next one, too). A screenshot from a video of Evan talking about Czech beer.