Today is also the birthday of Glynn Phillips, former owner of Rubicon Brewing in Sacramento, which also opened a production brewery not too far from the original brewpub, before closing a couple of years ago. Glynn was a great champion for craft beer and has done quite a lot for the cause. Glynn was also very active in both the California Small Brewers Association and the Northern California Brewers Guild. Join me in wishing Glynn a very happy birthday. Brian Ford, from Auburn Alehouse, with Glynn at the Raley Field Brewfest in 2007. Glynn in his brewery last year when I visited him in Sacramento. 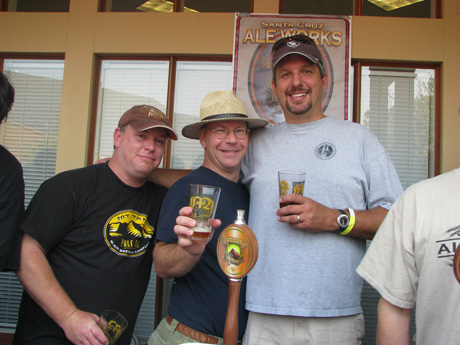