Today is the 68th birthday of Grant Johnston. Grant was the original brewer at Marin Brewing when it opened in 1989, and spent a number of years at Black Diamond Brewing in Concord, California. Grant was very influential in the early days of Bay Area brewing, and he’s an incredibly talented brewer. A few years ago he moved to the midwest, and for a time he could be found working a few days a week at the Argus Brewery in Chicago. But more recently, he’s retired and happily making bread at home. A couple of years back, I was in Belgium at the Cantillon Brewery when in walked Grant, quite by chance, so you never know when you’re going to run into him. Join me in wishing Grant a very happy birthday. 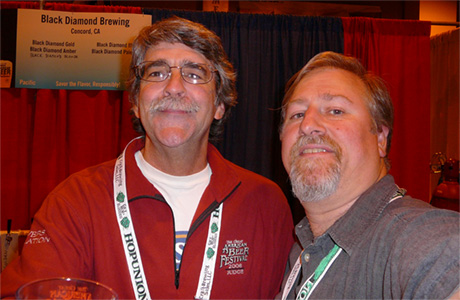 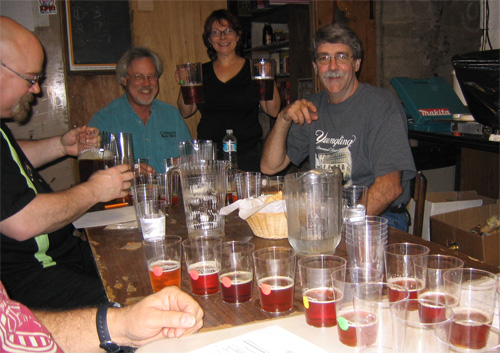 Grant (on the right) judging the 2006 Double IPA Festival in the cellar of The Bistro, with Tom Dalldorf, Vicky, our hard-working beer steward in the middle, and the Toronado’s Dave Keene in profile on the left. 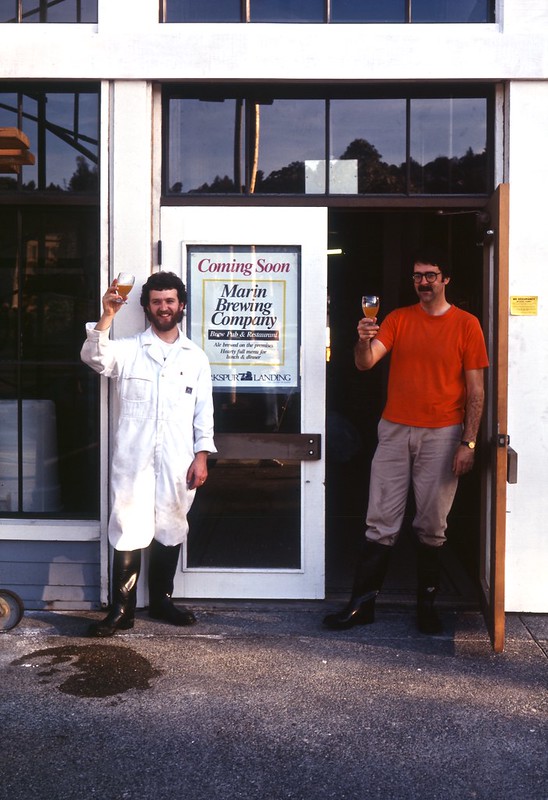 Brendan Moylan and Grant shortly before Marin Brewing opened in 1989. 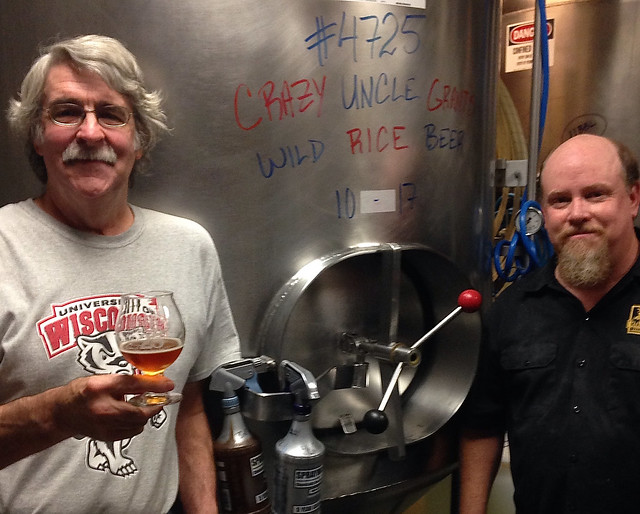 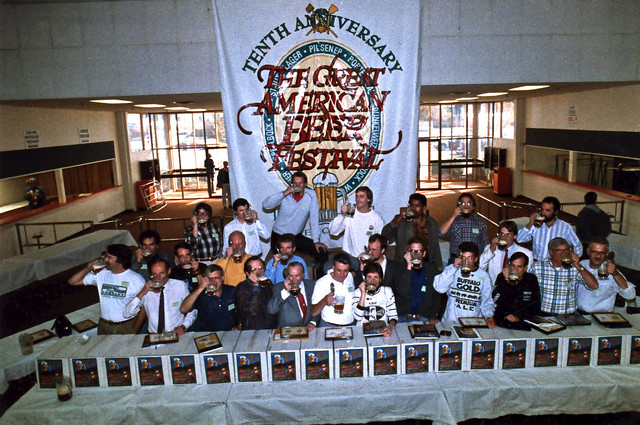 Grant, bottom left, among the GABF judges for the 10th anniversary of the festival in 1992.