Today is the 60th birthday — The Big 6-O — of Grant Wood, co-founder and brewmaster at Revolver Brewing in Granbury, Texas. For many years, Grant worked at the Boston Beer Co., making Samuel Adams beer, and many of their more experimental offerings, which is where I first got to know him. I knew he’d left to open his own place back home, and he sent me a text at the end of the GABF awards a couple of years ago inviting me to stop by his booth to see what he’d been up to. Not surprisingly, what that was is making great beer. All of the beers I tried were terrific. Join me in wishing Grant a very happy birthday. 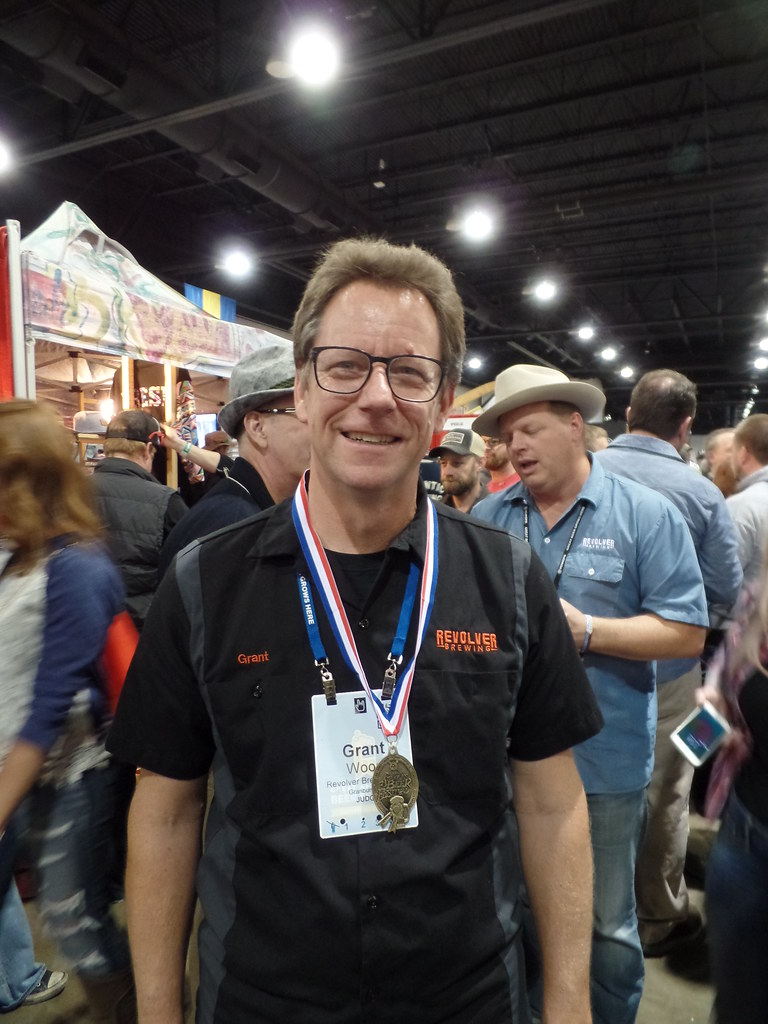 Grant on the floor at GABF a few years ago.