Today is maybe the 42nd birthday of Jim Woods, founder of MateVeza, an organic brewer headquartered in San Francisco. I first met Jim when we were classmates at U.C. Davis for the brewing short course before he launched his unique business. All Jim’s beers are made with Yerba Mate, a South American herb that’s similar to tea. Technically, it’s part of the holly family, but contains caffeine and the leaves are used like tea. It works surprisingly well as a spice in beer. Several years ago now, Jim opened the Cervecería de MateVeza, a small brewpub in San Francisco, right next to a corner of Dolores Park. Rebranded as Woods Beer, there are now five locations in San Francisco and Oakland.

Jim also puts on the Beerunch one morning (usually a Sunday) during SF Beer Week, the last few years at the Public House at the Giants’ stadium. Join me in wishing Jim a very happy birthday. Jim at the new Cervecería de MateVeza in San Francisco. Jim at his Beerunch during SF Beer Week in 2010. 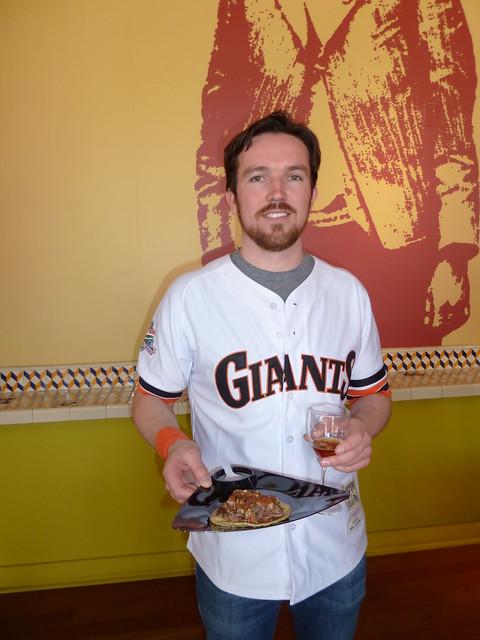