Today is Larry Sidor’s 72nd birthday. Larry brewed for a long time at the Olympia Brewery in Washington before moving on to Deschutes Brewing Co. in Bend, Oregon. He left Deschutes at the end of 2011 to strike out on his own, and opened the Crux Fermentation Project, which is also in Bend. Larry’s a great brewer, of course, and an even nicer person. Join me in wishing Larry a very happy birthday. 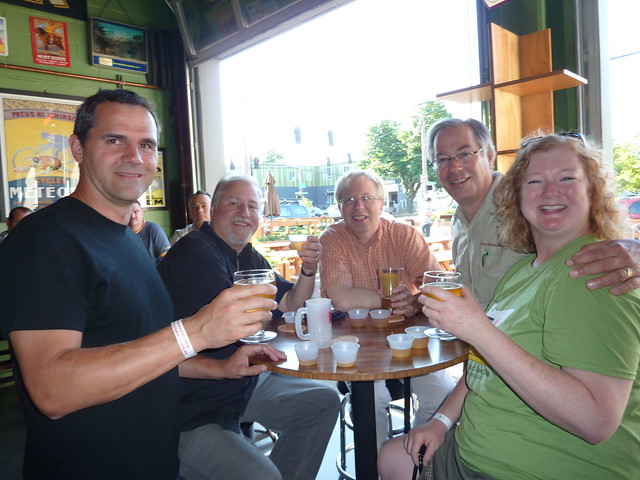 Steven Pauwels (Boulevard Brewing), me, Mark Campbell, Larry and Lisa Morrison at Apex in Portland during OBF two summers ago. 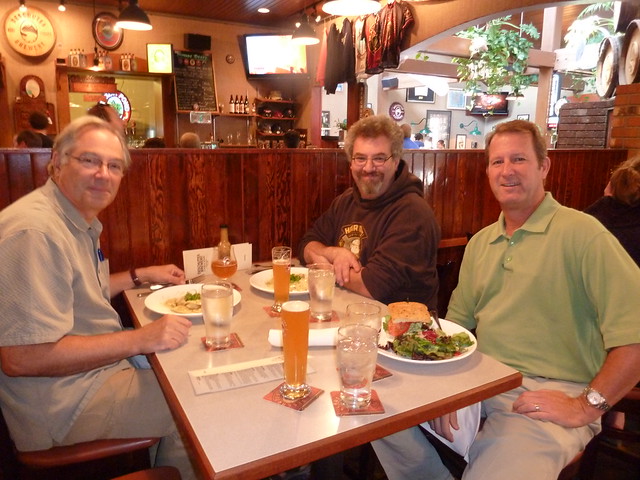 Larry with Alan Sprints (from Hair of the Dog) and Gary Fish (owner of Deschutes) at their downtown Bend brewpub when we visited there a few years ago on a family vacation.