Today is the 70th birthday — The Big 7-O — of Italian beer writer Lorenzo Dabove, one of Europe’s most celebrated. I first met Lorenzo in San Diego over a decade ago, and have run into him here and again a few times since, most recently at the Craft Brewers Conference and the World Beer Cup three years ago in Denver, and annually at the Brussels Beer Challenge in Belgium. He’s a great voice for better beer everywhere, though especially his native Italy and Belgium. Join me in wishing Lorenzo a very happy birthday.

During World Beer Cup judging in Minneapolis earlier this year. 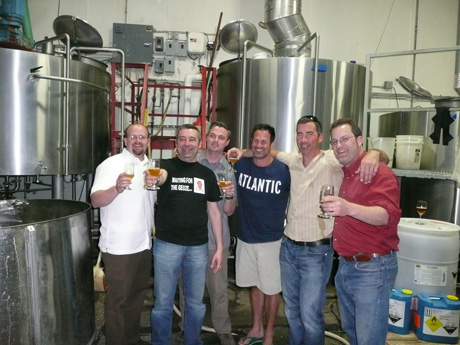 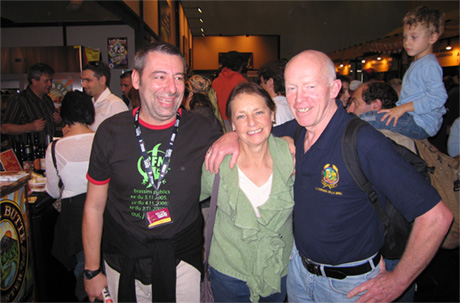 Lorenzo at Salone del Gusto in 2006, with Claude and Jean-Pierre Van Roy from Cantillon. 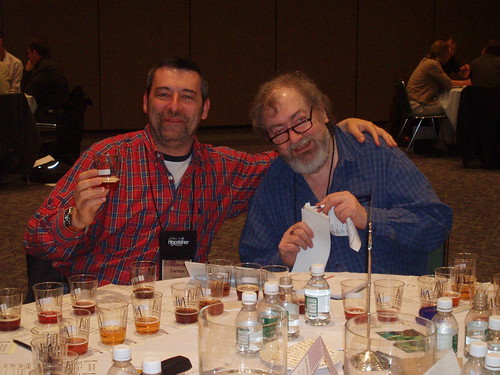 Lorenzo and Michael Jackson judging together at a BA event. 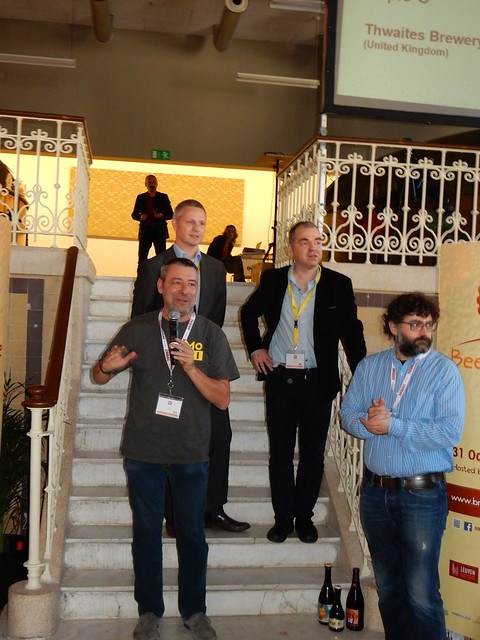 Talking about Italian beer in Belgium, at the Brussels Beer Challenge awards a few years ago. 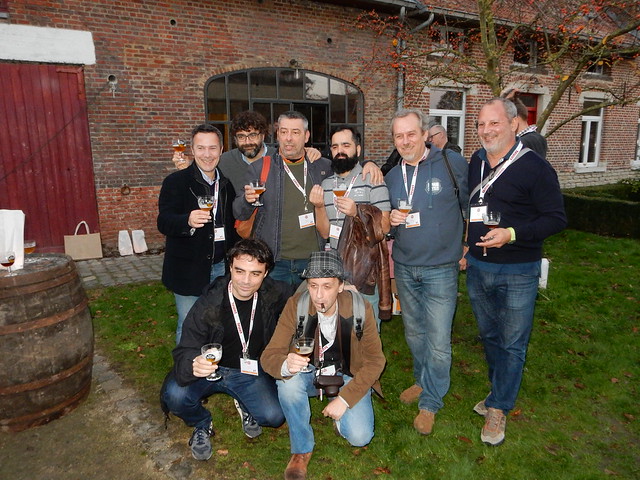 With the Italian contingent of judges for the Brussels Beer Challenge in 2014 (top row, 3rd from the left) .