Today is the 56th birthday of Michael Demers, brewmaster of Discretion Brewing in Soquel, which is near Santa Cruz. Michael’s been brewing most of his adult life, and originally started at some Colorado brewpubs before working at the Anheuser-Busch brewery in Fort Collins. More recently, he moved closer to home to brew at Boulder Creek Brewing, and in 2012 made it back to his home town of Soquel to help open Discretion. He’s making some great beers at Discretion, and winning awards for his efforts. Join me in wishing Michael a very happy birthday. 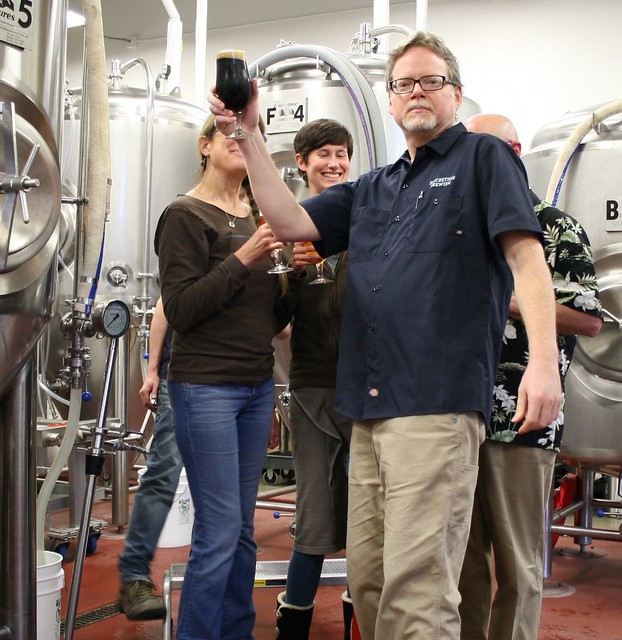 Michael goofing around in the brewery. 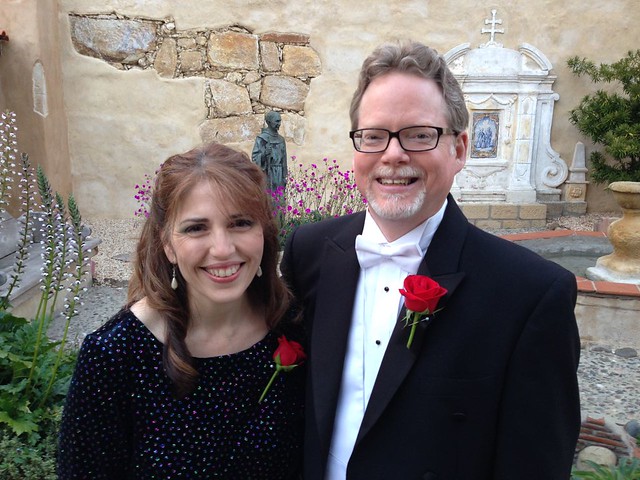 All dressed up with someplace to go, Michel and his wife Eileen on their way to sing at a concert performance at Mission Carmel a few years back. 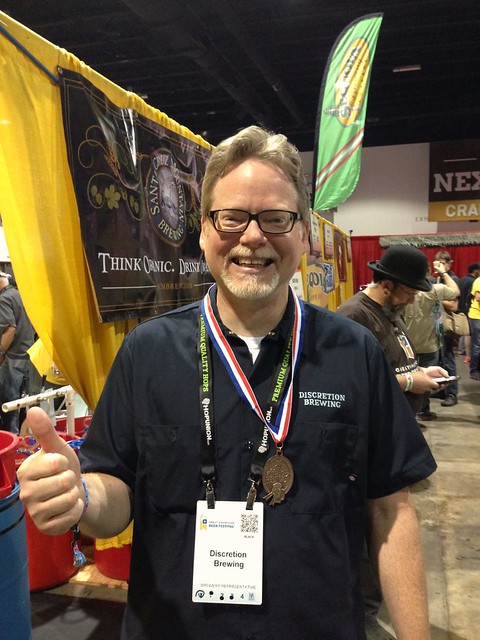 Showing off his medal a few years ago at GABF in Denver.