Today is the 69th birthday of Michael J. Ferguson, although I’m guessing at his age. I first met Michael when he was brewing in Las Vegas, but for over a decade brewed for the BJ’s brewpub chain as their Director of Brewery Operations. More recently he’s the Director International Marketing and Business Development for Aalberts Dispense Technologies and is also doing brewery consulting for his own firm, BrewerFX. Michael has one of the best laughs in all of brewing (only Lew Bryson gives him any competition) and is a great person, to boot. Join me in wishing Michael a very happy birthday. 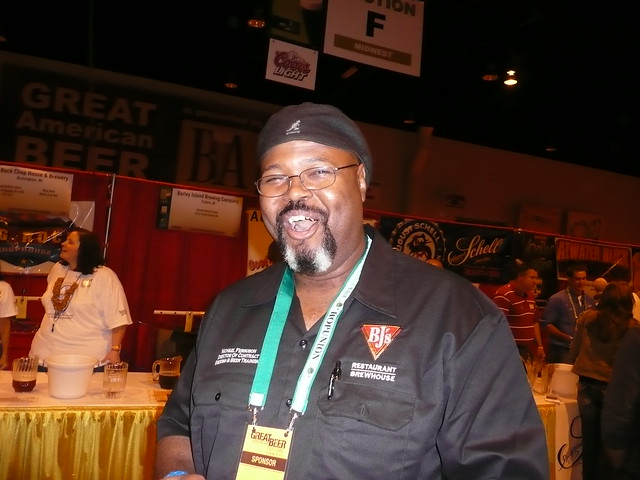 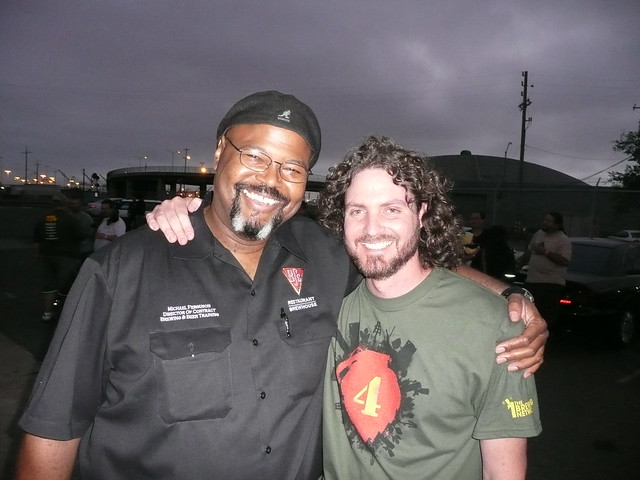 Michael, when he was with BJ’s, with Justin Crossley at Oakland’s Linden Street Brewery during the AHA convention a few years ago. 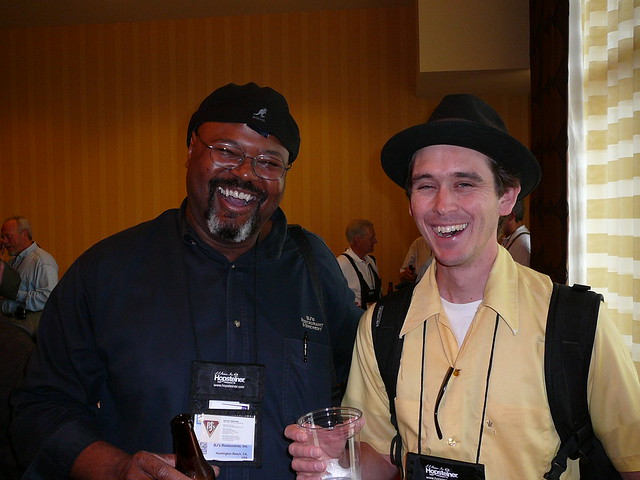 At CBC in Austin, Texas, in 2007, Michael with Lee Chase, formerly with Stone Brewing. 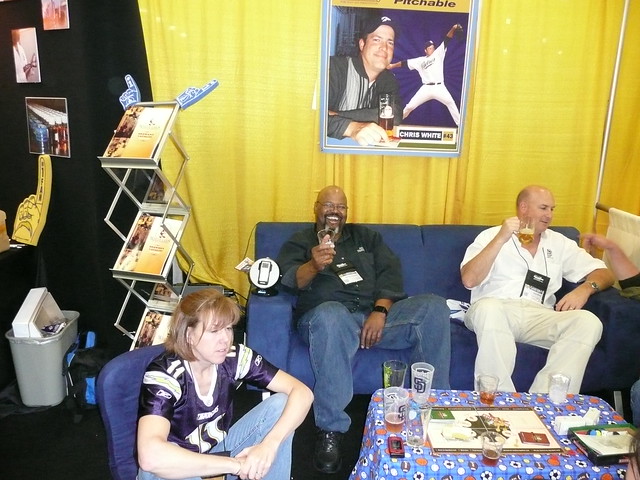 Michael, and JoAnne Carilli in the foreground when she was with White Labs, at CBC in 2008.