Alright, you caught me again. It’s not the birthday of the beer style, Porter. Strictly speaking, this isn’t really a beer post but it’s my son’s 18th birthday today, but since his name is Porter I figured people wouldn’t feel too duped by the title. It is accurate, after all. In previous years, I’d written that “one day soon, we’ll brew a porter together.” Well that day finally came, and six years ago on his birthday weekend it was Porter’s Porter Day, when he made his first batch of homebrew, with a little help from our friends. Anyway, please join me in wishing Porter a very happy birthday! At Porter’s birthday party when he turned one, trying to get at a keg of Russian River. That’s my boy! NOTE: To those of you reaching for the phone to call child protective services, put down the receiver. He did NOT drink any beer. His mother got to him before he figured out how the tap worked. A beautiful memory at the Rogue Alehouse in San Francisco when Porter couldn’t have been more than two, if that. Much to my surprise, Porter utterly charmed Don Younger with his ability to swiftly climb a bar stool. Don was very impressed, and so was I. Twelve years ago, showing off a 5th-birthday present from Grandpa, a Union Pacific Challenger steam engine. Porter several years ago, when he came with me to visit Southern Pacific Brewing in San Francisco. He was trying to emulate his then-hero Tim Lincecum, at least hair-wise, pitching-wise he was more of a closer. Timmy may be gone, but the hair remains. Me, Porter and Vinnie Cilurzo, after Porter’s Porter Day six years ago. 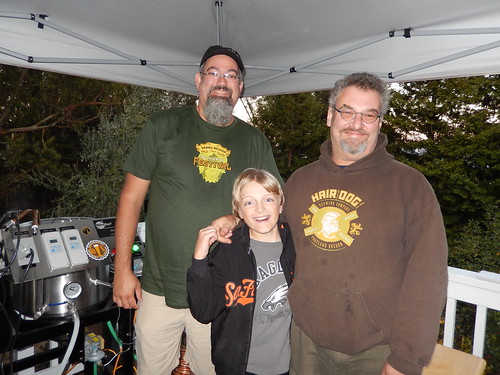 Also six years ago, Porter’s second batch, a version of Hair of the Dog’s Doggie Claws, made with the Homebrew Chef Sean Paxton, but mostly Alan Sprints, whose own birthday was just a few days ago. 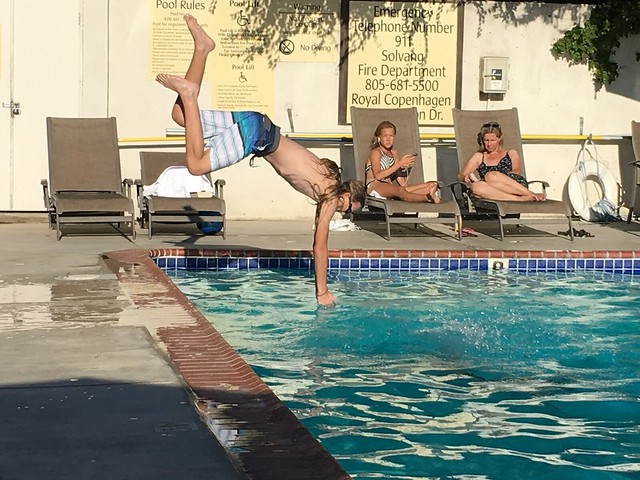 Wowing the ladies with his diving prowess during a vacation in Solvang a few summers ago. 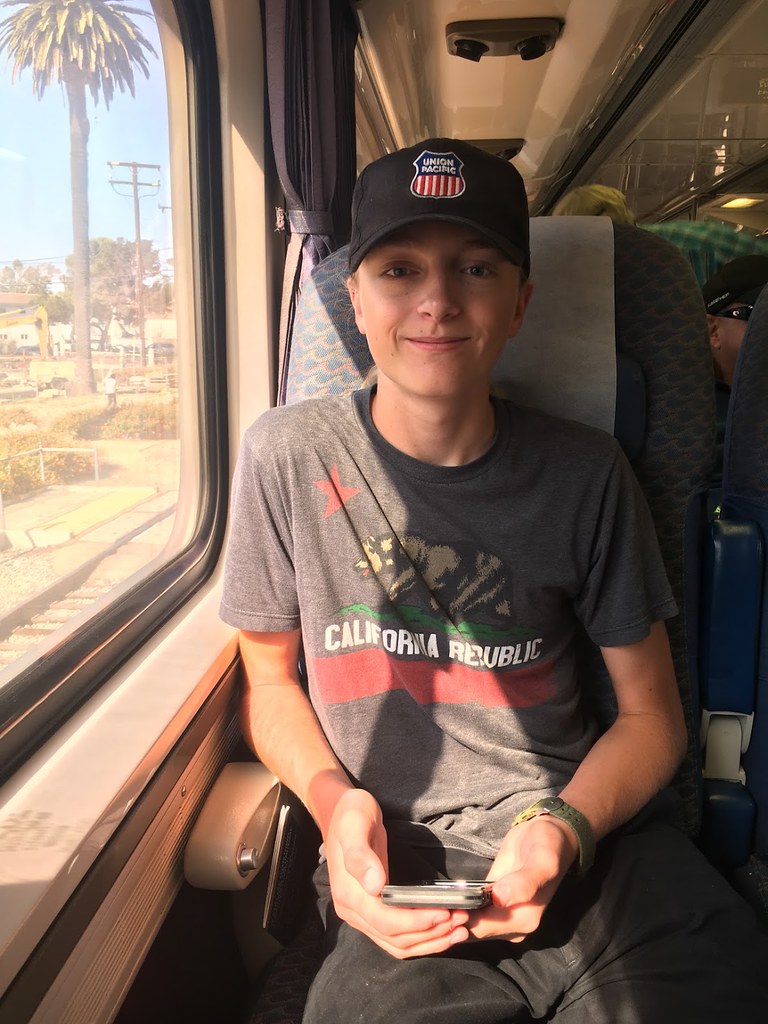 Porter riding Amtrak, also during a summer vacation a few years back. 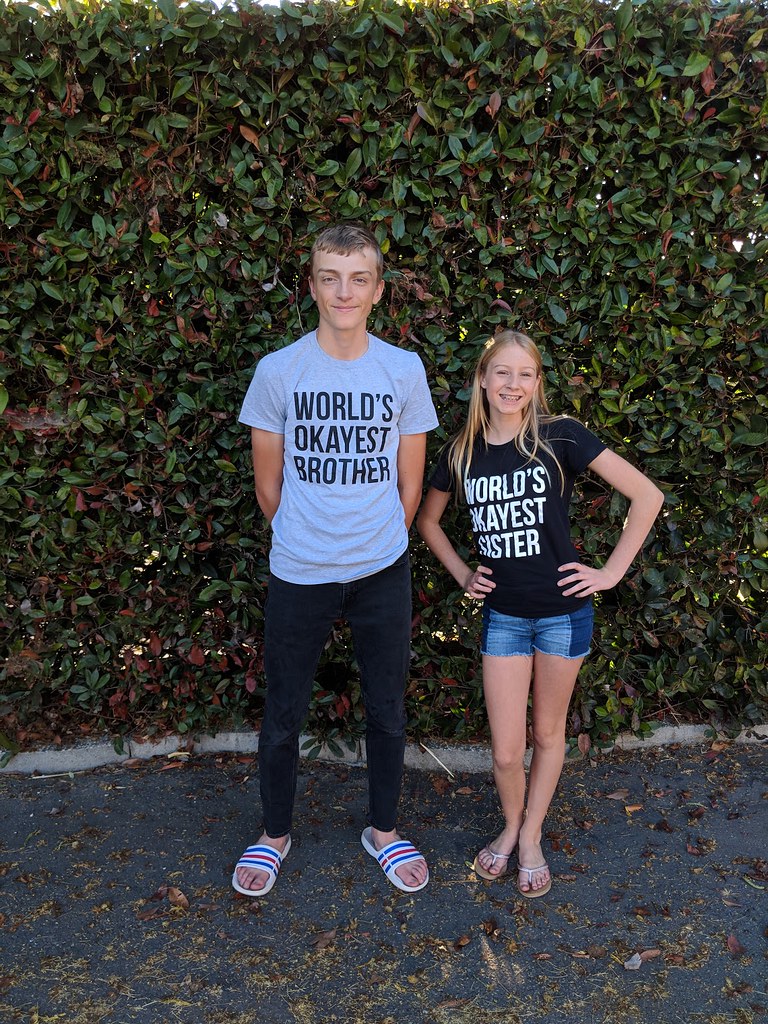 Porter with his sister sporting their World’s Okayest siblings shirts.