Today is Steve Wagner’s 64th birthday. Steve is a co-founder of Stone Brewing and the president of the California Craft Brewers Association. In the late 1980s, Steve was a member of the band “The Balancing Act,” who put out several albums on I.R.S. Records. Now he just presides over one of the most successful microbreweries in the U.S. Join me in wishing Steve a very happy birthday. Mitch Steele, Stone Brewing’s brewmaster, with Steve, at CBC when it was in Austin, Texas. 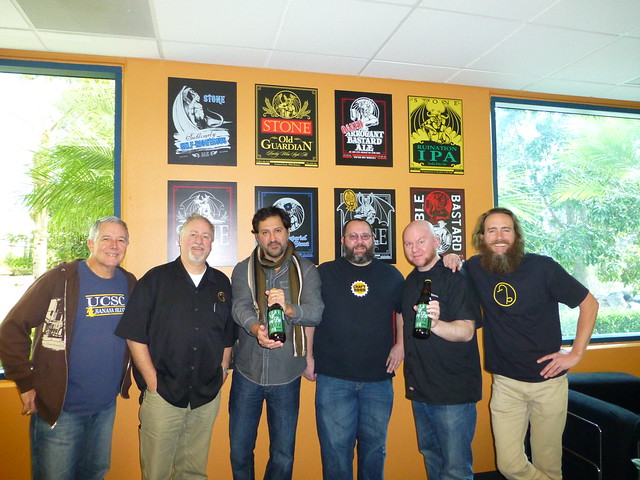 The day after we tried all of Stone’s Vertical Epic’s in San Diego; with Steve, me, Joe Tucker, Jason and Todd Alstrom and Greg Koch. 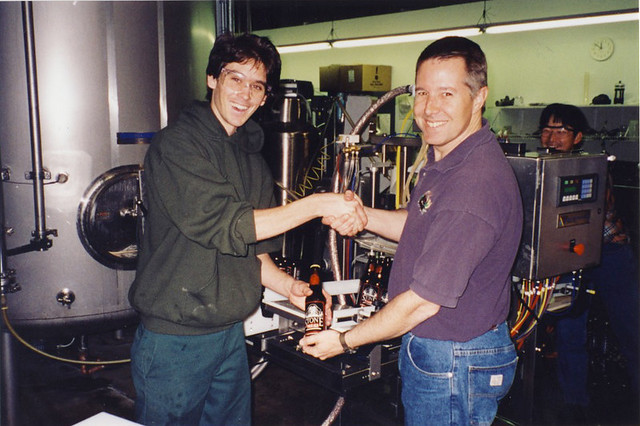