Today is the 55th birthday of Terence Sullivan, the former Field Educator and assistant brewmaster at Sierra Nevada Brewing, though he recently had a new title bestowed on him: Product Manager. He’s been with the brewery nearly forever, and in recent years has become one of their ambassadors, traveling the country representing the brewery at numerous events, as well as coordinating Beer Camp. He’s also a terrific person and a great guy to have a pint (or six) with. Join me in wishing Terence a very happy birthday. 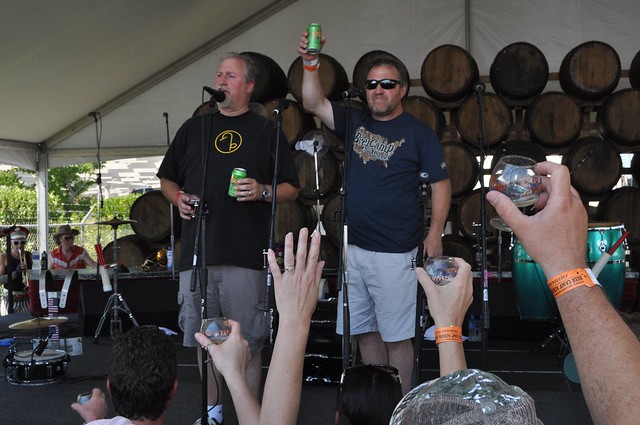 Me and Terence on stage at the Chico Beer Camps Across American festival several years ago, raising a toast to Fraggle.