Today is the 52nd birthday of Van Havig, co-founder and master brewer at Gigantic Brewing in Portland, Oregon. Van used to be the brewer at Rock Bottom in Portland, but left shortly after the merger between Rock Bottom and Gordon Biersch, when some offhand remarks got him the boot. That’s when I first became aware of met Van, when he brewed a beer called Ned Flanders for OBF, a Flanders red that was aged in five different kinds of barrels and then was blended back together. And this was back in 2006, long before sour beers became trendy. I remember enjoying the beer near the line for it and overhearing someone complaining about the beer, saying to a friend that it didn’t taste right and that something was wrong with it. Laughing to myself, that persuaded me it was a very bold choice of a beer to make for the festival, as there was clearly nothing else like it at OBF that year. I spent a morning with Van, Ben Love and John Harris, from Ecliptic Brewing, during OBF a few years ago as they brewed a collaboration together, which afforded me an opportunity to discover what a thoughtful, philosophical brewer Van is, and what a pleasure he is to share a beer with. Join me in wishing Van a very happy birthday. 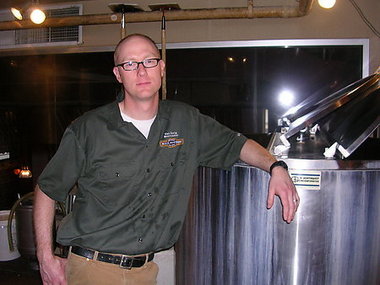 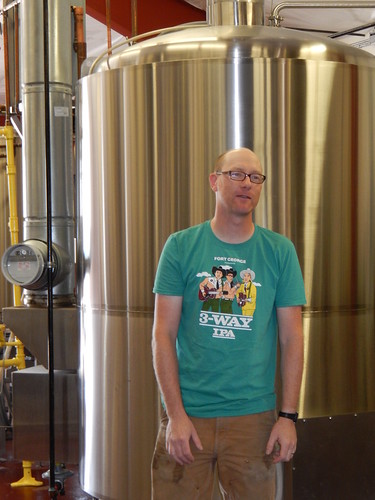 Van in the Gigantic brewery.

During a collaboration brew at Gigantic a few years ago during OBF, with John Harris (from Ecliptic Brewing) and Gigantic’s Van and Ben Love.