Today is the birthday of William Reed, who owns the bar Standard Tap in Philadelphia, Pennsylvania, as well as Johnny Brenda’s. I first met William during the first Philly Beer Week several years ago, but got to know him a lot better during a trip I took to Belgium with a group of Philadelphia beer people a few years ago. He first opened Standard Tap in 1999, and it’s set the standard for Philly beer bars ever since. Join me in wishing William a very happy birthday. 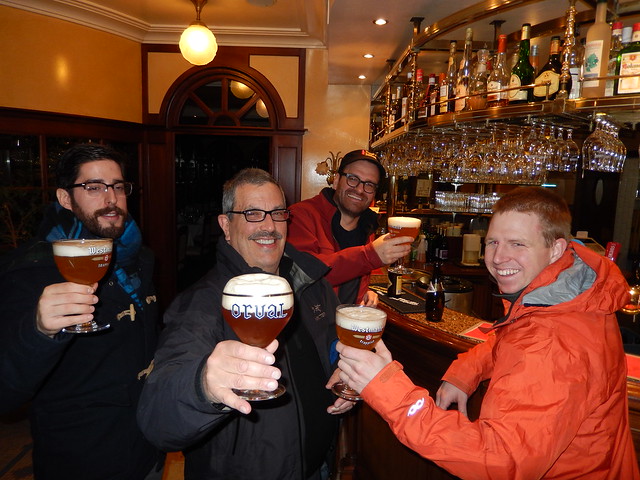 William in the back, having our first beer in Brussels a few years ago. 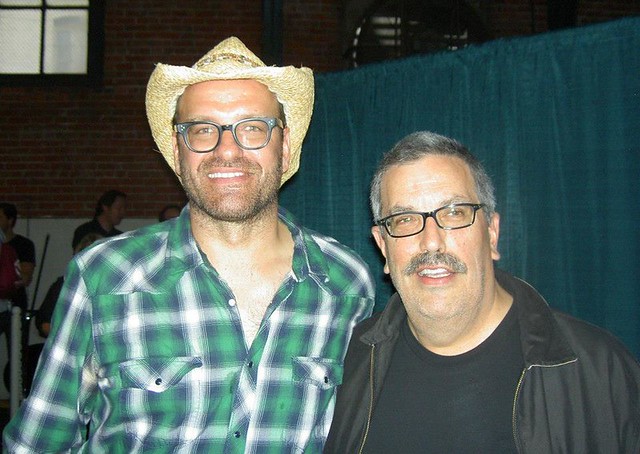 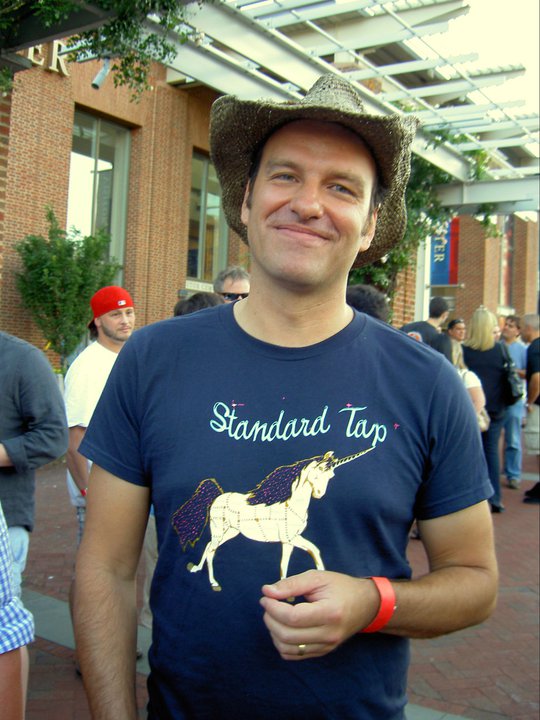 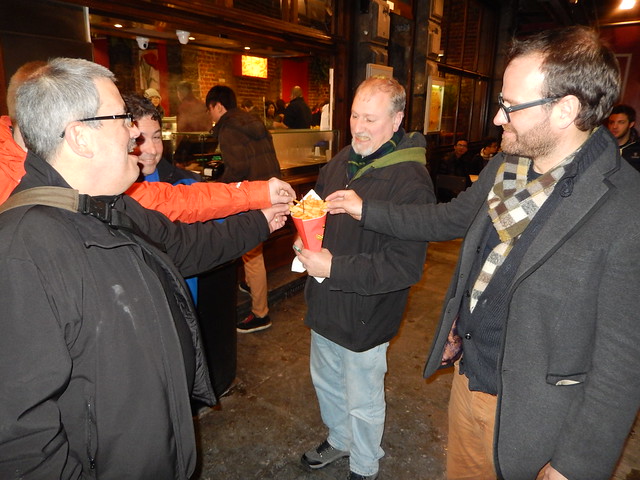 William, with Scoats and Tom Peters as I shared Belgian frites with everyone in Brussels a few years ago.