Friday’s ad is still another one for Budweiser, this one from 1959. It’s another ad from their “Where there’s life” series, this one is called “Next Time.” It’s hard to see what’s going on in this ad. A couple in a darkened room, their faces shiny from the dark red light. They’re dressed up, but he’s taken off his jacket and has his sleeves rolled up. On the counter, bar, table or whatever they’re leaning on, there’s a newspaper, a bag of potato chips and an ashtray, while the woman is pouring a can of beer into a pilsner glass. By the looks of it, if she doesn’t stop right this second, that glass is going to overflow, and with a pretty solid stream still coming out of the can, it may happen anyway. 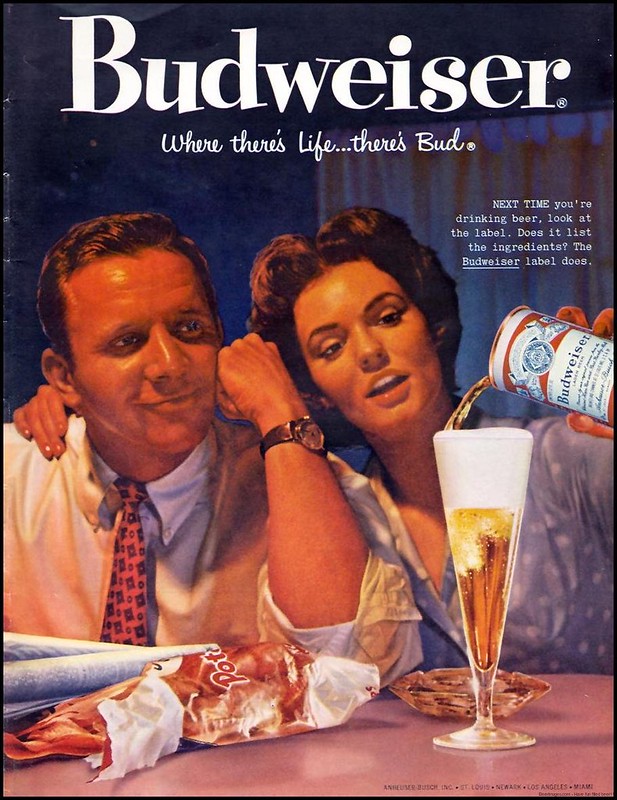